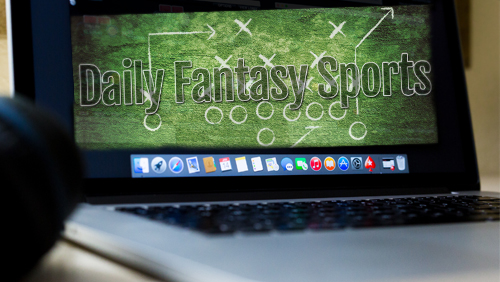 This is a guest contribution by Jonas Odman, former Bodog Poker President. If you would like to submit a contribution please contact Bill Beatty for submission details. Thank you.

There are many similarities between Daily Fantasy Sports and poker, in particular poker tournaments. Both are peer-to-peer games with a mix of skill and chance and as an operator, you need to make sure you have a healthy player ecosystem. There are also similarities between the online poker boom back in 2004-2006 and the current DFS boom in the U.S.

But there are also differences. While online poker companies were making a ton of money pre-UIGEA, the two DFS giants, DraftKings and FanDuel, both prioritize market share over profitability and spend crazy amounts of money on TV advertising. Party Poker, the most aggressive media buyer during the poker boom, was very profitable. In 2005, Party made a profit (EBITDA) of almost $600m.

I think it is likely that an equivalent of UIGEA will shut down the DFS market in the U.S. at some point which will make this expensive fight for market share look even more questionable. I foresee that the DFS boom will be called the DFS bubble, and rightfully so.

I was able to implement the recreational poker model during my time with Bodog. They were brave enough to trust my ideas. They took a lot of heat for the changes, most notably the anonymous tables and blocking trackers and HUDS, but I’m sure they’ll tell you they, as an operator and their recreational player base, are much happier these 4+ years later.

I find it very telling that many former online poker professionals have turned to DFS; they have found their new gold mine.

There are a number of concrete things that DFS companies should do to implement a Recreational DFS Model. The first is to limit the number of entries a player can make in a tournament. In the online poker world, ‘multi-accounting’ in poker tournaments has always been considered fraud and in 2007 PokerStars stripped the WCOOP Main Event winner of his first prize because he was a multi-accounter. In the DFS world, players are encouraged to make multiple entries and this gives winning players an even bigger edge over recreational players.

Another thing DFS companies should do is to limit the number of sports games a tournament covers. A whole football Sunday is too much information for recreational players to keep track of, and recreational players will accidentally pick players who are injured or are obvious bad picks for other reasons. Of course, this is where part of the skill element lies but when recreational players are at such a disadvantage, it is bad for your bottom line. The downside is that with fewer games covered you would not be able to run those huge tournaments anymore. The fewer possible combinations of players sets a limit for how large the tournament can be—you do not want too many players sharing the 1st prize. This is a small price to pay to create a more level playing field and give recreational players a better customer experience.

It is not only about making it more ‘fair’ but because it makes business sense, at least when profitability starts to matter.