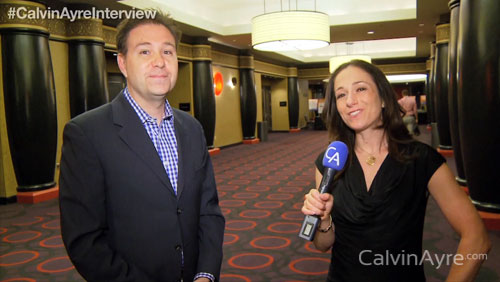 Rebecca Liggero talks to Paul Charchian of the Fantasy Sports Trade Association on the landscape of fantasy sports in the last few years.

There is a big boom in fantasy sports, especially in daily fantasy sports, thanks to DraftKings and FanDuel. Paul Charchian, chairman of the Fantasy Sports Trade Association, said these two companies completely changed the landscape of fantasy sports in just a few years.

“For starters, they have raised more money in the last year than the entire history of our industry combined, and so they’ve generated a lot of investment and a lot of that is trickled down,” Charchian told CalvinAyre.com. “Almost everybody in our space is getting impacted financially in other ways by daily fantasy. Even if your product doesn’t have anything to do with fantasy, daily fantasy directly, you end up with affiliate deals or you know, you’re sharing marketing. It’s been an enormous financial doing.”

The DFS industry, which started in 2007, exploded in popularity in 2013 when DraftKings and Major League Baseball inked a partnership that allows the site to offer co-branded MLB daily fantasy games. A year later, FanDuel signed a deal with NBA.

Charchian said the major leagues, which were once against fantasy sports, is now very happy with the industry.

“Originally, there was some confusion about fantasy being gambling, and the leagues have for years been anti-gambling, so there was some of that, but I think when those fears got assuaged, they start to look at how fantasy players really consumes televised product,” he explained.

The FSTA chief said fantasy sports watch twice as much sports broadcasting compared to non-fantasy sports fans, which results in bigger TV deals for the leagues.

Going forward, Charchian hopes that the fantasy fever will reach other parts of the world.

“We haven’t seen explosive growth in the rest of the world for fantasy, but we really do believe that in time, you’re going to see more and more of that. There’s no reason that the crazed sports fans for Premier League shouldn’t be loving fantasy,” Charchian said. “In my mind, it’s just a matter of time. When we get the right things in front of enough sports fans and other countries, they’ll jump onboard.”