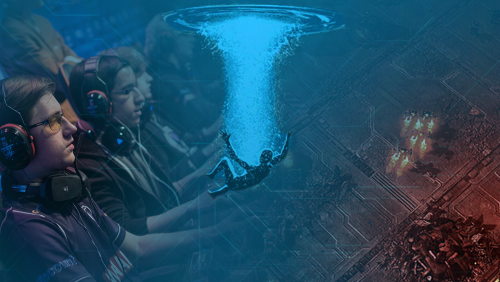 This is a guest contribution by Alex Fletcher, founder & president at Entiva Group. If you would like to submit a contribution please contact Bill Beatty for submission details. Thank you.

The demand for eSports betting is real. Startups like Unikrn are joining incumbents like Pinnacle Sports, which took its first eSports bet in 2010 and announced its millionth in December 2014. Major UK betting operators like William Hill and Paddy Power also have skin in the eSports game. Understanding the trends shaping eSports is the first step. In order to profit from the eSports opportunity, gambling brands must execute subsequent steps to prepare for success.

Gain understanding of the opportunity

It’s easy to mistake the recent rash of media commentary focused on eSports, for true insight on the space. However, obtaining the correct level of domain-specific knowledge isn’t an overnight process. The best approach is to categorize areas from which key details can be surfaced. Since, while the concept is simple enough: playing video games, competitively, the specifics are immensely critical. The following is a guideline for a better understanding of the eSports opportunity:

• Recognize digital element(s): Video games are at the heart of eSports. The latter is a competitive scene features a strong symbiotic relationship with the video game industry. Today, the global eSports scene is headlined by a handful of wildly popular game titles – League of Legends, DoTA 2, StarCraft, Counter Strike – that compose the bulk of big name tournaments, tournament winnings and sponsorship activation. However, the longevity of individual video games as globally popular artifacts has yet to be proven. Today, it isn’t clear how eSports will evolve as its current wave of titles age out of vogue.

• Contextualize market numbers: Research firms, like SuperData and NewZoo, have entered sizing estimates for the global eSports industry. While these numbers help quantify the overall marketplace, they represent vastly underdeveloped landscape. The rapid growth of eSports as an overlap of technology, spectator and interactive entertainment has totally outpaced the development of supporting business infrastructure. The result is an untamed market full of potential, but fraught with gaps.

• Factor in industry and overall maturation: As the eSports industry matures, it will also evolve away from its current form. Stages marked by consolidation and verticalization will soon be here. Today, eSports is a movement for, and by, youth. It’s not just the viewing demographics that skew younger; the majority of participants, decision makers and leading figures are very young adults. Also, outside of eSports’ overlap with the video game industry, there is also a stark lack of involvement by seasoned professionals with experience in other fields. No other notable industry can claim the same. These young, eSports pioneers are positioned to gain invaluable experience, but also experience some hiccups, as the industry progresses.

Competitive gaming, as a whole, is an emergent and fast-evolving domain. The tech heavy nature inherent to eSports results in a rapid pace of change. For example, Riot Games, publisher of the world’s most popular eSport title League of Legends, releases updates to the game’s core in the form of a patch. These updates are critical to fixing software bugs and glitches in the game but can have a dizzying array of effects on gameplay; some are intentional, while others entirely unintended.

In essence, gameplay takes place across a somewhat different digital landscape following every patch. This element, alone, creates an added dimension of unpredictability for competitive play. Imagine if the Premiere League rolled out changes to the official fútbol used by its clubs, during the middle of a season. These realities must be accounted for and effectively monitored.

Outside the digital realm, there are also issues that will continue to affect the eSports landscape, as it settles. For instance, Kory Friesen, a pro gamer with the Cloud9 team, admitted that his entire team used the psychostimulant Adderall during a major Electronic Sports League (ESL) event. Mister Friesen added that the use of Adderall is rampant across eSports. This resulted in ESL swiftly matching the list of prohibited substances compiled by German agency Nationale Anti-Doping Agentur (Nada) and the World Anti-Doping Agency (Wada). All players will now be subjected to saliva-based tests during competitions.

Similar actions, spurred by assaults to the competitive integrity of eSports, are forthcoming; as the scene strives to achieve an appropriate level of maturity. Gambling companies must dial into these fast-moving changes to best guide their decision making. This is best done by:

1. Obtain rapid access to current, accurate information from the entire world of eSports.

3. Monitor and analyze market and industry activity to remain up-to-date with the latest information and trends

In order to accomplish the above, develop a familiarity with the valuable sources of information available over the web. In light of the dearth of consolidated formats suited for professional consumption, Entiva Group provides our customers with the high quality services and customized recommendations that enable success. Regardless, it’s critical to leverage the vast reservoir of timely, openly available eSports information; whether this occurs with a trusted, strategic partner or independently. The process starts with getting involved and understanding the steps to success.

Alex Fletcher has more than 10 years of experience in the IT consulting, sales and recruiting industries. He is founder & president at Entiva Group, a talent search and intelligence firm offering recruiting, advisory and business solutions for the eSports industry.