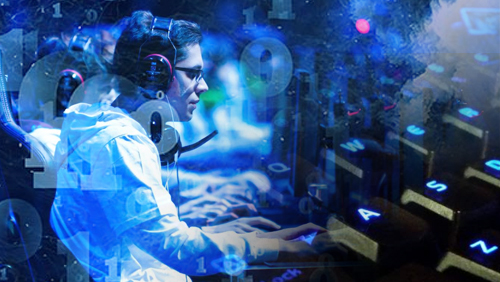 This is a guest contribution by Alex Fletcher, founder & president at Entiva Group. If you would like to submit a contribution please contact Bill Beatty for submission details. Thank you.

The year 2015 has witnessed a skyrocketing profile for the world of competitive video gaming, otherwise known as eSports. Large multi-million dollar tournaments, an infusion of venture capital, and mainstream media coverage has buoyed eSports from best kept secret to worldwide phenomenon. Accordingly, the iGaming industry has taken notice. However, it is a mistake to conceptualize the eSports opportunity with the exact same purview as other major sports, e.g. fútbol or basketball. Here are three trends in eSports that will shape the complexion, and ultimately success, of its marriage with the betting industry.

Since the first video game, Pong, was released in 1972; playing video games has grown from niche to a commonly embraced activity. Studies show over half a billion people play some form of computer or video game at least an hour a day. The trend is more pronounced for those under 18, where 99% of males and 94% of females report playing video games regularly.

In parallel, the number of children participating in traditional sports is on the decline (see below). eSports, based on some of the world’s most popular game titles coupled, with its strong team-based and competitive elements, is emerging as an alluring alternative for the increasing number of youth not playing traditional sports. 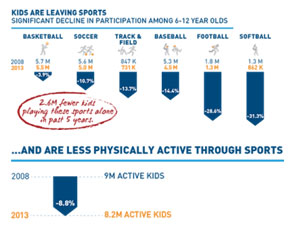 [Figures courtesy of The Aspen Institute]

While general gaming is not one and the same as eSports, it’s very clear that younger generations are growing up immersed in gaming culture. Consequently, competitive gaming should not be considered a niche; instead they it is part of a generational shift towards a new wave of competitive, entertainment and media platforms. Expect eSports to potentially outpace traditional sports as a key channel for reaching Millennials, over the next 5 years.

The notion of human participants competing in a digital landscape is at the heart of eSports. While the argument about whether video gaming qualifies as “athletics,” still rages on today; eSports’ digital foundation is set to support a new crop of technological innovation. For example, startups like Gamblified and Skillz are already building wagering features directly into competitive game titles. This is driven by a growing association between digital competition and real money. Specifically, more and more gamers are comfortable viewing video game play as a channel for wagering. The rate of innovation will only increase as more new companies target the eSports domain.

The notable increase in prize pool amounts for major eSports tournaments is playing a significant role in how viewers grasp competitive video game play. The recently completed 2015 DoTA 2 International featured a whopping $18,416,970.00 prize pool; a total that represented a 69% increase over the 2014 sum. The sheer size of the winnings generated a substantial amount of awareness far outside the game’s immediate community.

Tickets to the International, hosted at Key Arena in Seattle, WA USA, sold out in 10 minutes. As a result, media outlets and viewers, alike, were eager to cover and tune into the proceedings. Expect this trend to continue as the viability and frequency of large moneyed eSports tournaments increases. Operators offering eSports betting products will benefit from a healthy ecosystem of large, exciting tournaments.

Unlike its counterparts in traditional sports, eSports are not primarily structured regionally. Professional teams aren’t based in specific cities or even countries. The concept of home fields or arenas is essentially non-existent, as of today. Although certain professional leagues are formed around regions; for instance, the world’s most popular eSport, Riot Games’ League of Legends, encompasses five major professional leagues from around the globe:

These leagues, plus international qualifiers from other regions, feed into an annual World Championship. During the seasonal splits, there is close to 24/7 action covering nearly every corner of the globe. Games are streamed free-of-cost on popular platforms like Twitch.tv, which attracts a vibrant community of fans, viewers and content producers. Costs associated with consuming live traditional sporting events on TV (cable subscriptions, purchase of channel packages, etc.) are nil in the eSports world.

The lack of a mature media rights landscape enables eSports content to spread virally, free of regional broadcast restrictions and stringent copyrights. Viewers in Japan can watch the exact same match live as their counterparts in Brazil or Canada. This results in far higher levels of engagement and social ties across a widespread global community.

Success with eSports in the betting industry will manifest for those who can understand what it is and is not. Treating eSports as simply another sport vertical is a short-sighted approach that will not yield dividends over the long haul. Therefore, it is critical to gain proper perspective on the emergence of eSports, in order to realize the resulting opportunity it represents.

Alex Fletcher has more than 10 years of experience in the IT consulting, sales and recruiting industries. He is founder & president at Entiva Group, a talent search and intelligence firm offering recruiting, advisory and business solutions for the eSports industry.