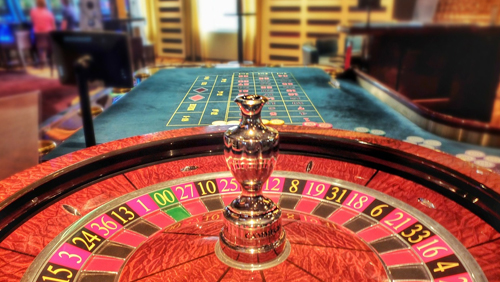 The chief executive of a South Korean cosmetics company is in trouble with authorities for overseas gambling.

Jeong Un-ho was arrested on Tuesday on charges of gambling in illegal poolrooms between 2012 and 2015 in several Asian countries, including the Philippines and Macau, Yonhap News reported.

According to Judge Lee Seung-kyu, “There are ample evidence and reasons for putting him under detention,” prompting Jeong to admit to the charges.

The 50-year-old has headed the internationally popular cosmetics brand Nature Republic since 2010.

Five people—one Singaporean and four Turkish nationals—were sentenced to spend between three months to one year in jail in connection with two separate cases.

In the first case, 66-year-old Chua Lai Huat was found guilty of colluding with three croupiers at the Resorts World Sentosa to cheat the casino of S$12,915, Today Online reported. Prosecutors said Chua promised 20 percent of the day’s winnings if the dealers will flash him the last card in the deck.

The Singaporean also marked the ace and king cards during the poker games, according to the news outlet. He is sentenced to 12 months in jail, while two of the croupiers were sentenced to eight and four months in jail. The third dealer is still at large.

Four Turkish nationals were also sentenced to between three to six months in jail after pleading guilty to charges of cheating at play at Resorts World Sentosa, according to Channel News Asia.

Authorities said Suleyman Arik, 31, Mehmet Mersin, 52, Firat Teymur, 25, and Asiye Cakmak, 24, travelled to Singapore on Aug. 21 intending to cheat at the casino. According to the news outlet, Cakmak was tasked to distract the dealer at the game table, while Teymur blocked the view of other patrons so Arik and Mersin could exchange cards under the table.

Arik netted some S$6,075 in half an hour, but they were caught by the casino’s surveillance team during a routine check of CCTV cameras, prosecutors said.