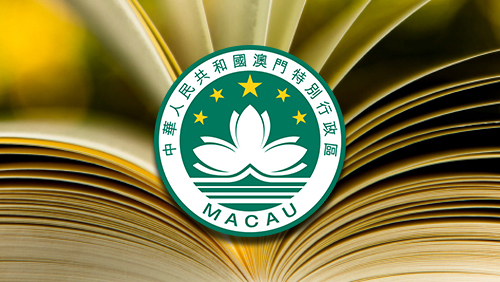 It’s a gambit to start out a column by pouring cold water on potentially good news with negative shock value, but after a huge red hot Macau stocks rally which brought Wynn up 23% in a single day, some cold water may be needed. Earlier this week, Beijing’s point man in Macau, Li Gang, told the world that the Chinese government would soon enact policies to support Macau’s economy, and its gaming industry in particular. Sounds potentially encouraging, but he did not say what those policies would be. Given the history of the Chinese government attempting to support the Chinese economy, investors should be extremely wary of an announcement like this, especially because no particulars were given.

The ironic part is that this announcement was made in the forefront of an event celebrating the 66th anniversary of the establishment of the People’s Republic of China. Why ironic? And why wary? Because the People’s Republic was also founded on government promises to support the economy. Particularly, Chairman Mao Zedung’s “Great Leap Forward” which was the Chinese government’s attempt to shift the economy from agrarian to industrial by force in an attempt to catch up with the West.

The result was that the division of labor that had fed the Chinese population until then completely broke down, and according to official Chinese Communist Party archives, 45 million people died over the 4 years from 1958 to 1962. Great Leap Forward indeed, in terms of it being the largest death toll in world history outside of World War II.

To be clear, that is not to say that the Chinese government will cause anything remotely similar in Macau with its ambiguous new policies aimed at helping. Far from it. Those lessons at least have been learned. This is just a cautionary tale that shows how bad things can get when any government decides it wants to “help” by enacting “new policies”, so just be careful. Another example of a government trying to “help” an economy by enacting “new policies” that Westerners may be more familiar with that is much less horrific than the Great Leap Forward was Presidents Hoover’s and Roosevelt’s joint attempts to “help” America out of the government-caused Great Depression with huge and protracted spending schemes. These prolonged the depression by 15 years. The depression before that, which happened in 1921, was just as extreme as 1929 in terms of GDP drop but only lasted one year because the government did essentially nothing about it.

If the Chinese government really wants to help Macau, it needs to do one thing: leave it alone. The ideal, which is not going to happen, would be to announce the free and unhampered flow of people and capital to and from Macau, period. If that were to happen, then I would say put every penny you own into Macau stocks immediately and lever up the wazoo, because any business cycle downturn in the Chinese economy, which cannot be avoided at this point, would be more than counteracted by complete laissez faire.  Even though this will not happen, any announcement of policy that leans ever so slightly in that direction is still nevertheless good news.

The way Li Gang framed the upcoming policy changes, however, is not at all encouraging to my ears. He was evasive, claiming that the downturn in Macau gaming is primarily due to the overall economic situation (read “we are not responsible”) and not primarily due to the money laundering crackdown of the Xi Jinping’s central government in Beijing. Never mind that the central government is responsible for the overall economic downturn as well from all its money printing, the tone of that statement suggests that the anti-graft policies and restrictions on money flow will not be significantly changed.

What is probably going to happen here, and what Beijing is likely to announce is some kind of government spending scheme or stimulus to Macau and allowing them to build more or something like that. It takes serious ego-taming to enact the correct policy of reversing previous policies and butting out, and politicians are really bad at taming their egos and recognizing that they are the ones that mucked everything up in the first place. What usually happens, and what will probably happen now, is that a government takes even more action to fix what their previous action destroyed, and this just makes the situation worse. Allowing casinos to build more on land the government frees up doesn’t help anything when demand is so low that existing casinos are struggling in the first place. It just adds to malinvestment, meaning investment in the wrong places.

On the plus side, there might be some token changes in easing visa restrictions, or allowing travelers from mainland China to stay slightly longer on existing visas, but this is really nothing. What would be something is an easing of restrictions on capital flow rather than the extension of visas by a few measly days. President Xi Jinping seems intent on destroying the Macau junkets, and he’s certainly doing a good job of that. Well, if he really wants to destroy the junkets, he could do it fairly quickly by making them all unnecessary. And he could do that by getting rid of his capital controls. Then nobody would have to use them and they’d all go bankrupt. But that requires implicitly admitting that his policies were all a mistake in the first place.

In terms of trading then, there may be a bear market rally here in Macau stocks, but nothing more than that, unless we hear of a serious easing of capital controls to and from the territory. What could end up happening from a technical standpoint is a buy-the-rumor sell-the-fact type of situation, where the announcement of what these policies actually are will be so anticlimactic that shares will sell off again.

On the plus side though, money supply in the US is picking up again, which should give at least some temporary support to the Macau ADR’s, but I don’t think it will last too long. The Chinese capital markets in general are due for another big leg down soon, and the real danger for Macau is not merely that the government will stop the super rich from gambling there, but that there will be much fewer super rich to gamble there in the first place.