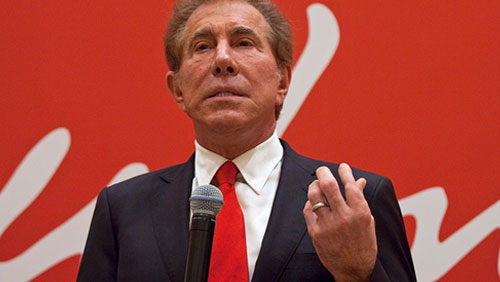 The war of lawsuits between casino operator Wynn Resorts and the city of Boston continues as Steve Wynn filed a libel lawsuit against an unnamed defendant for leaking subpoenas related to the city’s lawsuit against the Massachusetts Gaming Commission (MGC).

According to the lawsuit filed in Suffolk Superior Court, the subpoenas were not meant to gather information, rather to spread lies to defame and damage the company’s reputation along with that of Wynn president, Matthew Maddox. The suit claims the documents were delivered to media before they were served on the people named in the subpoenas.

“Although our commitment to Massachusetts is absolute and irrevocable, our tolerance for mean-spirited, libelous statements has exceeded any reasonable limit,” Wynn said in his statement. “Someone knowingly disseminated sham subpoenas containing falsehoods — outright lies — designed to interfere with our license granted by the Gaming Commission and defame our reputation. We intend to identify the malicious individuals who did this and call them to account.”

The allegations included false information that the company had employed two former police officers who had been given information about a convicted felon who owned land at the future site of the proposed Everett casino. Wynn stated that it had not attended a 2013 meeting in which the land interest of the felon was considered.

Wynn also criticized the way his company has been treated by Boston officials since it first applied for one of three licenses for fully-fledged casinos in Massachusetts.

Wynn and Boston Mayor Martin Walsh have been at odds since last year when the MGC announced that Wynn Resorts was the preferred candidate for a casino in the Greater Boston area.

City officials had previously claimed that the MGC’s decision to give the nod to Wynn Resort’s Everett casino project was the product of a corrupt selection process.

Wynn told the Boston Globe that it was unacceptable for a company that presented itself and its project honestly in the state of Massachusetts to be treated the way it has been over the past year and to be subjected to “defamatory political abuse,” and that it’s time the courts dealt with the issue.

A spokesperson for the mayor said in a statement on Tuesday that neither Walsh nor other Boston officials had provided local media with the subpoenas in question.

Moving on to another Massachusetts casino license holder, MGM Resorts International has filed an amended complaint in its lawsuit seeking to block Connecticut’s gaming act, bolstering claims that the law is discriminatory and the Mohegan and Mashantucket Pequot tribes’ combined casino development efforts are invalid.

The filing follows Connecticut’s motion last month to dismiss the lawsuit on the grounds that MGM did not have standing to block the gaming act and that the act did not favor Connecticut’s Indian tribes over other developers. Connecticut also claimed that MGM lacked standing to sue because its 50-mile non-compete radius with MGM Springfield would take it out of competition for a Connecticut casino license.

MGM responded saying that it remains interested in building a casino in Connecticut and Bridgeport was a possible site for a casino.