Home / Casino / LVS Will be the Bellwether for a Macau Bottom 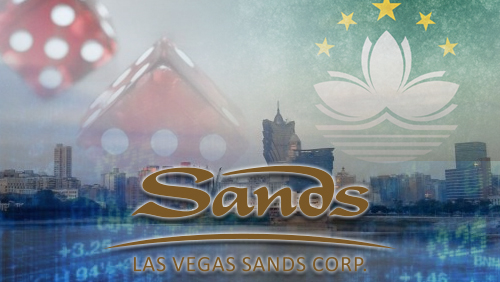 Markets everywhere are falling. Japan down another 4% today. China another 2%. Tech stocks in the US were down 3% to Black Monday lows with futures down. Emerging market currencies like Brazil are breaking decade lows. The Russian Ruble is nearing record lows, which makes sense, considering Putin’s army is now invading Syria and rousing the United States, echoing way too much of the Cold War for comfort.

It’s times like this when common sense starts to slowly return to investors. By that I mean, the way that people value stocks starts to change and begins to actually make a bit of sense. No longer is it “How high will it go?” or “How much will someone else pay for these baseball cards? but “How much is it worth to hold it?” If it isn’t worth the risk of holding it, if it doesn’t literally pay to hold it, it can keep falling. But if it does pay, the decline can stop before bear market bottom is hit.

The defensive stocks are fine through all this. 888 and Paddy Power, which I gave the #1 and #2 defensive ranks respectively, are weathering the decline just fine.  888 is up 26% on the year while the FTSE 100 is down 11%. Paddy Power is up 24%, with a little help from a good merger. And Macau keeps crashing. When will that end?

I believe we are closer to the bottom than the top, but the bottom could be a while off still. To give a very broad historical perspective here, during the roaring 20’s and its concurrent equity boom from June 1921 to June 1929, the US money supply zoomed up 62%, from $45.3B to $73.26B (see page 92). That’s 62% in 8 years. The ensuing crash wiped out 90% of the boom value by the time everything bottomed.

Here’s the Chinese money supply over the past 8 years.

That’s an increase from 40,000B Yuan to 135,700B, an increase of 240%, much more extreme than the 1920’s boom. The final numbers once the bottom is in could rival the Great Depression. That prediction seems outlandish, but keep in mind that Wynn, for example, has already collapsed 80% from its highs of $249.31 in March 2014, and futures are down this morning.

The main stock to watch for a Macau bottom is going to be Las Vegas Sands. Besides being the market leader with the biggest Macau presence and market share, the stock has the highest intrinsic value. It pays to hold it. $2.60 a share to be exact, and the lower the shares go, the cheaper it gets to own that payback. Right now LVS is nearing a very hefty 6.5% dividend yield (and again futures are down), astronomically higher than any yield you can get with any government bond that isn’t worse than junk.

Government bonds become junk when investors doubt a government’s ability to squeeze more money out of its taxpayers. When you buy a government bond you are claiming taxpayer money. But LVS is far from junk. When you buy a company you claim voluntary consumer money. LVS is hurting, but unlike a bankrupt government it is still making plenty of money. With an EPS of $2.97, Sheldon Adelson is giving practically all of his earnings away to shareholders. When you own LVS, you really do own LVS.

The danger is that LVS could suffer to an extent that Adelson will be forced to decrease the dividend, but given his tone in previous earnings calls, that doesn’t seem likely unless it is an absolute necessity. Here’s Adelson on that during the last earnings call:

True, he conditioned dividend growth on cash flow growth, which in the short term seems unlikely, but dividend shrinkage is another thing. It doesn’t seem very Adelson to do that. Usually people don’t see Adelson as the “generous type” but he actually is with his own shareholders, and the fact that he is nearing the end of his life could add to the pressure to keep those dividends up. He doesn’t want to be remembered as the guy who cut the dividend.

It might come to cutting the dividend if things get fantastically bad, but even then, the yield could still grow relatively if the share price falls faster than the dividend. That’s what makes LVS an attractive slow accumulation stock at this point.

Wynn, which has fallen much more than LVS, still has a much lower yield of 3.7%. Wynn is doing worse in its bottom line the last few quarters and may really be forced to cut the dividend soon. Melco is still a stingy 1.2% yield. The Market Vectors Gaming ETF (BJK) is about 6.3%, but most of that is from LVS and Sands China anyway.

Dividend yields can go very high in times like this. Some oil and energy real estate investment trusts are pushing 15% now on the oil collapse. This is when gambling money actually turns into investment money. In a broader sense, it is this very change that helps correct the excesses of the boom. The boom is caused by misallocation of resources and reflected in the stock market. It is caused by too much free money being thrown around by central banks. Instead of thinking about which companies are the best to hold as they should and would if money were harder to come by, people start thinking about what junk they can sell to a greater fool. Money goes every which way and resources are misallocated.

Then the bust comes, and money is removed from the junk and reallocated the companies that actually make money. Once again, gambling turns into investment. It’s painful for those who gambled on junk, but the reallocation is necessary and healthy.

The yield on LVS can and probably will go higher still, the lower the shares go. But if you have some extra money to tuck away every month, slowly scaling in to Las Vegas Sands will pay off over the long term. There will be debt problems going forward as I covered 18 months ago, but the debt is still not high enough to pose a serious threat to the company.