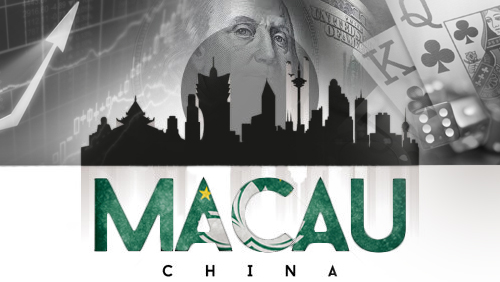 We’re not there yet, but we’re getting there. A bottom in Macau could come in the next few months. We can take follow the broader Chinese indexes for clues. Once China bottoms, Macau will probably bottom with it, if not on the same day, then probably very close together.

If we take a look conceptually at what has happened in Macau, it has basically been a legislative liquidity drainage as opposed to one dictated by monetary policy from above. Corruption crackdowns, capital controls, money laundering investigations and the like, these are all legislative or executive methods of accomplishing the same thing that Central Bank monetary policy accomplishes with the printing press and the vacuum. While the People’s Bank of China can accomplish it at the source by controlling money flows, the government can only accomplish it by sticking itself in between business exchanges and trying to stop the flow of money once it’s already out of the hands of the PBOC. In the end, what matters is money supply. Whether it’s being choked off by anti-corruption police or by the PBOC doesn’t matter.

For too long the PBOC has been schizophrenic on its monetary policy. It has not committed to print or to drain, but has essentially been doing both for about 2 years now. The Wall Street Journal documents the latest confused moves, when last week the Central Bank drained funds from banks by selling debt in order to prevent excess cash from flooding stocks, and then yesterday moved to lower interest rates when they suddenly discovered (amazingly) that stocks were crashing.

It seems too late now to stop the decline. There will be major up days and major down days, but the trend from here is more likely down. Macau will be taken down further with it.

For some Macau casinos, we are now approaching prices we had back in 2006 and 2007, as is the case with Melco, Wynn, and Las Vegas Sands. For others like Galaxy, we’re reverting to 2012, retracing a big portion of its entire bull market. Price to earnings ratios sometimes seem like the simplest of all arithmetic in assessing valuations, but those P/E ratios are starting to look reasonable for many Macau stocks. However, keep in mind that reasonable is still expensive when you’re dealing with an emotional and volatile market.

LVS is approaching 15 and could go lower. Wynn is still at 21 and has plenty of room to cheapen. Melco at 23 does as well. Galaxy is actually looking the cheapest at just under 13.

It is not time to buy yet, but it is time to monitor the situation closely to see how broader China trades. If the PBOC has truly lost control, the bottom could come in 6 months or so, give or take a few months on either side. The sign that the PBOC has indeed lost control would be wild Chinese up moves on signs of easing, followed by equally intense down moves when the news wears off. This is so far what is happening. Judging by the length of the last Chinese bear market, which was about a year and a half, 6 months is a median estimate, given that the Macau bear began in March 2014.

As for wild up days, we’ll see plenty of those as the PBOC fights the markets. Many forget this and only see the 2008 collapse with a lens of despair, but 8 of the top 10 biggest up days by percentage in the S&P 500’s history happened during the 2008/2009 collapse before the bottom was actually printed. Only 5 of the top 10 biggest down days happened in those years, and the two biggest up days exceed any of the down days during that time.

As I write this, the Shanghai SE Composite index has just closed up another 5.53%, after tumbling 11% in the previous two. In the last 5 days we are down 7%. Galaxy is down 9%, Wynn and Melco 7%, and LVS is outperforming.

The other possibility, though slimmer, is if the PBOC somehow regains control and stabilizes China somehow. I don’t believe this will happen but it is still possible. In that case, the Macau bottom could still be farther off because Macau is less affected by monetary policy than it is affected by politics and money laundering laws. It won’t experience the same easing upside as other Chinese stocks would from a sustained money printing blitz.

Basically, the faster Chinese indexes decline, the faster the bottom in Macau will come. P/E ratios could go into the single digits, but once they’re there, they will be buys. If you’re waiting patiently, cheer the crazy up days as well as the crazy down days, as they are signs of a bottom getting closer.

Politically, a market collapse in China akin to 2008 could even get the politicos to loosen the bonds on Macau. If there are any signs of authorities starting to lighten up on the junkets and punters as Chinese stocks decline, then that would put in an amazing buying opportunity.

But whether or not the vice grip is loosened, Macau will still probably bottom with the rest of China. An easing regulatory regime will only add to the upside once the pressure is finally off. And when that bottom comes, it looks like the best buy will be Galaxy Entertainment.