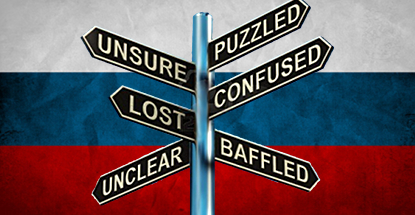 Conflicting reports have emerged as to whether or not Russia has chosen to regulate online poker.

On Thursday, Russian media outlet Interfax.ru reported that a study commissioned last year by Deputy Prime Minister Igor Shuvalov had concluded that poker was not gambling and thus state authorities needed to make amendments to the appropriate regulations in preparation for a regulated market launch.

Shuvalov has yet to comment, but another Interfax source claimed no decision had been made. The source went on to say that the only conclusion that had been reached was that, should the government decide to go all-in, all servers containing Russian poker player data would need to be stored within Russia, in keeping with strict new regulations passed last year and which take effect this September.

Another Russian news agency, Itar-Tass, also reported that Shuvalov has yet to make a decision on poker regulation one way or the other. Itar-Tass claimed Shuvalov had discussed the issue with the relevant government departments, but had given no instructions beyond ordering them to submit legal assessments of what is and isn’t gambling.

Last month, Sportingnews reported that businessman Vasily Anisimov, who heads the Coalco Development Company as well as the Russian lottery industry association, announced that a regulated Russian online poker market could contribute an annual $12.2m to the country’s Chess Federation. It’s not clear what formula Anisimov used to arrive at this figure.

BOOKIES TO CATCH BREAK ON ADVERTISING?
Much of the poker speculation stems from a decision in July by Russian Prime Minister Vladimir Putin to okay a study of how to raise funds for the country’s sporting bodies. Among the suggested changes was to allow Russian bookmakers – including the online kind – and the state lottery greater freedom to enter into sponsorship and marketing deals with Russian sports leagues and teams.

Russia’s licensed land-based bookies have long chafed under the country’s tight marketing laws, which permit sports betting ads on TV and radio only between the hours of 10pm and 7am while outdoor signage is limited to the windows of betting shops. The rules also prohibit the use of images of people and animals, making it impossible to incorporate athletes playing the sports on which bets are being offered.

During this summer’s Russian Gaming Week conference in Moscow, National Association of Bookmakers president Yuri Fedorov revealed that officials at the Ministry of Sports had criticized bookies as “parasites” because of their lack of investment in Russian sports. Fedorov retorted that the government’s rules prevented bookies from earning the extra cash that could be diverted to sporting organizations. Fedorov’s message appears to have gotten through, although Russia’s crumbling economy and the resulting evaporation of government tax revenue likely played a far larger role.