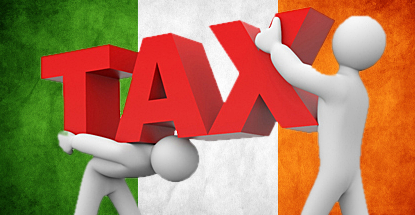 Ireland’s new online gambling point-of-consumption tax (POCT) won’t be delayed, despite the UK’s POCT having been referred to the European Union’s top court.

Ireland’s POCT is scheduled to kick in on Aug. 1 and the boss of Horse Racing Ireland (HRI) says that date remains in effect, regardless of the fact that the UK version was referred to the Court of Justice for the European Union (CJEU) this week over concerns that it violated EU rules on the fair movement of goods and services.

HRI CEO Brian Kavanagh told the Irish Times that the CJEU referral was “not an unexpected development” but noted that Ireland’s oft-delayed Betting (Amendment) Bill had been thoroughly poked and prodded by EU bigwigs. Kavanagh maintains that Ireland’s current system – in which online betting is spared taxes applied to land-based betting – was “unsustainable” and thus the country would proceed as planned while “watching what is going on” at the EU level.

PROBLEM GAMBLIING STUDY SHOWS PREFERENCE FOR IN-PERSON ACTIVITY
Meanwhile, the University College Dublin (UCD) has issued the findings of a new gambling impact study. Playing Social Roulette: The Impact of Gambling on Individuals and Society in Ireland, which queried 22 problem gamblers regarding their gambling activity, found that gambling in person was four times more popular than gambling online.

Of the gamblers profiled in the study, 73% said they preferred gambling in person, significantly higher than those who preferred gambling online (18%), via television (5%) and by telephone (4%). Betting shops were the preferred betting venue at 59%, followed by online sites and brick-and-mortar casinos (tied at 14%) lotteries and financial schemes (tied at 4.5%) and amusement arcades (4%).

Female problem gamblers were deemed more likely to gamble online than in person, although this was believed to have more to do with societal conventions – the stigma of a woman appearing in the traditionally male environment of a betting shop – than a fondness for technology.