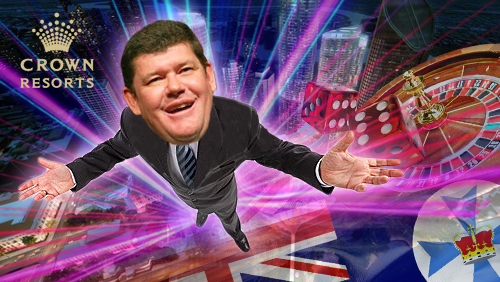 Crown Resorts boss James Packer has made a final pitch to win the Queen’s Wharf casino license, saying that he can turn Brisbane into a world-class destination much as he did in Melbourne, Perth and Sydney.

In an interview with the Sunday Mail, Packer said the company is “going the extra mile” in order to win the Brisbane license.

“We have significantly improved our proposal. It’s a very strong offer for the people of Queensland. I personally want Brisbane to be part of our international resort network,” said Packer. “Crown is a global company and Brisbane can be a great global city. Crown can help bring world-class entertainment and events to the city and transform Queen’s Wharf, just like we have done in Melbourne at Southbank and Burswood in Perth.”

According to analysts, Echo, which runs the Brisbane’s Treasury Casino, and its partners – Hong Kong-based Far East Consortium and Chinese casino operator and real estate developer Chow Tai Fook – are the front runners for the Brisbane second casino license.

Echo and Crown have promised that the construction of an integrated casino would create more than 3,500 indirect and direct jobs and once completed, it would employ approximately 5,400 people. Furthermore, Crown and Greenland have pointed out that they would hire local people.

The Queensland government is to announce its decision after Tuesday, July 14, when the State Budget will be made public.

Packer has also submitted a 411-page design plan for its A$2 billion integrated resort in Barangaroo, Sydney to the New South Wales Department of Planning.

Crown Sydney would be the city’s first six-star integrated hotel and casino resort, intended to attract high-rolling gamblers from Asia. The property will feature food and beverage as well as retail options, 25 hotel villas, 350 hotel rooms and 66 apartments, which will be intended for private owners.

The hotel and casino tower will be topped with a luxury three-story sky villa and a penthouse with five bedrooms.

The two “VIP sky gaming” floors will be located 100 meters above ground, competitive to the casinos in Macau, Singapore, and Las Vegas.

Construction on the multi-million-dollar project has yet to start due to a court battle between developer Lend Lease and the Barangaroo Delivery Authority.