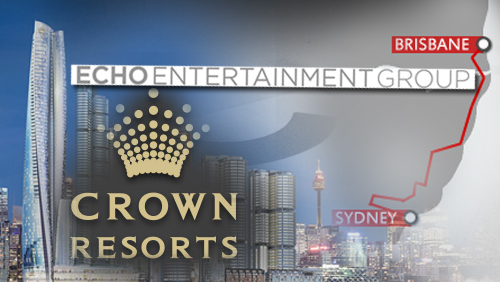 plans to move its headquarters from Sydney to Brisbane if it wins the battle for that city’s new casino license.

Echo CEO Matt Bekier told the Courier Mail that moving to Brisbane would make a lot of sense if its proposed Queen’s Wharf casino gets the nod because the majority of its operations would be in Queensland.

“If we’re successful at Queen’s Wharf, over 10,000 jobs will be in Queensland and the bulk of our economic activity will shift to Queensland,” Bekier said.

But before Echo can pack its bags, the Queensland government has to pick Echo’s proposal over rival Crown Resorts, which might still be some time off after Premier Annastacia Palaszczuk raised some issues about the project that she wanted to look into.

“My government is committed to seeing the redevelopment of that site,” Palaszczuk said. “However, I do have some issues that I’ve raised with the department and I want them to investigate those issues first before I make further comment.”

Meanwhile, Crown is expected to begin the formal planning process for its $2 billion Crown Sydney property after developer Land Lease resolved its dispute with the government-run Barangaroo Delivery Authority.

Land Lease submitted a modified development plan that includes doubling the size of the previously approved hotel, as well as reducing the number of proposed buildings at Barangaroo South to 13 and adding more floor area to the property to accommodate the extra hotel, residential and gaming facilities.