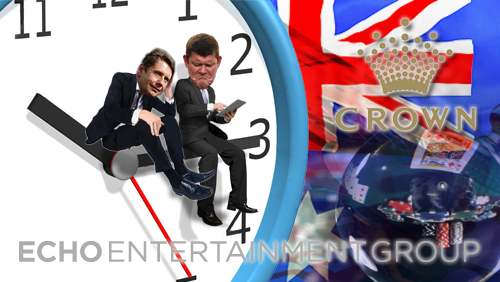 Queensland Deputy Premier Jackie Trad said that the announcement of the winning bid for the new Brisbane casino license will be made after the state’s next month’s budget on July 14.

Trad also said that the evaluation of the bids and probity checks on Queen’s Wharf were not yet finished.

“I don’t think it will be before budget,” Trad said in Brisbane on Sunday. “The Queen’s Wharf project continues apace. There has been no delays. But we need to do the appropriate checks. The project will be announced soon.”

Echo Entertainment and James Packer’s Crown Resorts have submitted their final proposals to build the multi-billion dollars Queen’s Wharf casino in Brisbane on May 21.

The Queensland capital has become a fierce battleground for the gaming adversaries, after Crown won the bid for a second Sydney casino license at Barangaroo in 2013.

Borbidge and Power started lobbying for Echo on February 18, after the exit of Campbell Newman as Queensland Premier following the Liberal National Party’s defeat in the state election.

There was a speculation that the Liberal National Party was ready to award the contract to Echo but had decided to wait after the January election.

Echo, which holds Brisbane’s only casino license, plans to build a new casino, retail and entertainment complex on the banks of Brisbane River, and is expected to open in 2022. Its existing Treasury casino will be relocated to the Queen’s Wharf site adjacent to the Brisbane River and will converted into a luxury hotel.

Crown aims to add Brisbane to its portfolio that includes casinos in Melbourne, as well as Macau and the Philippines via the Melco Crown Entertainment joint venture.