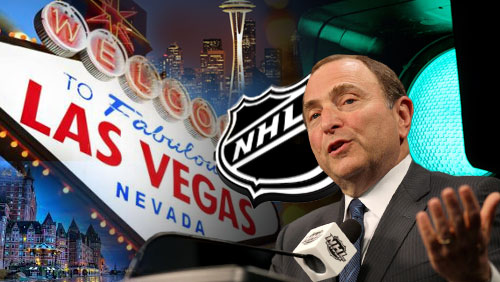 National Hockey League’s board of governors has given the green light to open the league’s expansion process.

NHL will now examine bids from interested markets, including Las Vegas, Seattle, Quebec and a second team in Toronto, as well as from Milwaukee, Kansas City and Portland.

“We will, probably starting in early July, accept formal applications from entities, people that are interested in pursuing an expansion team,” said Bettman after the meeting. “We will then go through a formal vetting process.”

The starting fee for a new franchise wasn’t established but is expected to start with $500m.

“With all the well-chronicled expressions of interest, let’s see what we get when you have to sign on the dotted line,” said Bettman.

“The fact that we’re going through this process, doesn’t mean we’re going to expand. It means we’re going to stop just listening to expressions of interest and take a good hard look at what they mean and represent,” added Bettman.

According to deputy commissioner Bill Daly, the potential expansion team is expected to play in the NHL starting 2017–2018 season.

“I think the level of talent in the league has never been stronger, and all clubs have the ability to have four competitive lines and three D pairs. I don’t think talent dilution is a concern at all.”

The board allowed prospective Las Vegas owner Bill Foley to go ahead with a season-ticket drive in December. With Foley’s Hockey Vision Las Vegas reporting over 11,500 commitments and more for suites gives the city an excellent chance of hosting the 31st NHL team.

AEG and MGM Resorts International are building a new arena on the edge of The Strip in Las Vegas and is scheduled for completion in 2016. It is being built to accommodate either an NHL or NBA team, or both.