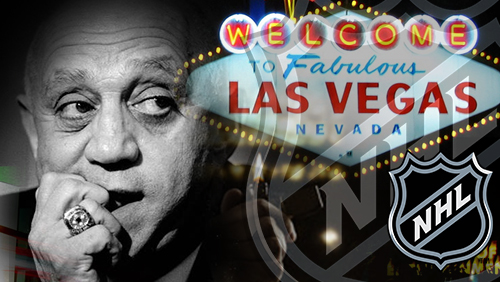 If first impressions are anything to go by, Las Vegas’ ticket drive to bring an NHL team to Sin City is off to a very good start.

The ownership group of a prospective NHL franchise in Las Vegas, by lead investor Bill Foley and backed by the Maloof brothers, announced that it had received 5,000 deposits for season tickets in the first 36 hours of the ticket drive. That’s significant for a number of reasons.

For one, it’s already halfway to the 10,000-season ticket commitment set by the ownership group to show the NHL that there’s a healthy market for a new franchise. It also paints a pretty picture that Las Vegas can actually sustain a healthy chunk of fans who are committed to paying season ticket prices for a team that technically doesn’t exist yet.

NHL Commissioner Gary Bettman even paid a visit to Las Vegas last week to check in on the campaign and leaving impressed with the attention the campaign was generating. He stopped short of promising a franchise to the city but Las Vegas certainly helped its cause with the enthusiastic response to the ticket drive.

If the league does award a franchise to Las Vegas, the potential ownership group has already earmarked a new arena being built on the Strip as its home ice. The arena, which is scheduled to open in April 2016, is under development, a partnership between MGM Resorts International and Anschutz Entertainment Group and could hold as much as 17,5000 fans in an ice hockey setting.

Meanwhile, a handful of casinos along the Las Vegas Strip are set to do something it rarely does later this week.

It’s not often that Las Vegas casinos perform this kind of tribute, having done only to a select few that includes Elvis Presley, Frank Sinatra, Sammy Davis Jr., and Ronald Reagan.

But if there’s one man who deserves this honor, it’s the man they called “Tark the Shark.”

Tarkanian is regarded as one of the most influential coaches in college basketball, having coached on that level for the better part of 31 years. Of those years, Tarkanian spent 19 seasons with the Runnin’ Rebels.

For a city that doesn’t have a professional sports team, the glory days of the UNLV Runnin’ Rebels in the 90’s represented the high point for sports fans in Las Vegas. The team became the city’s de facto NBA, NFL, MLB, and NHL team all rolled into one and Tarkanian was the man leading the way, steering the team to 509 wins and the 1990 national title.