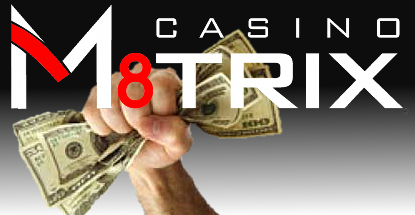 A year ago, California’s Bureau of Gambling Control (BGC) accused the San Jose gaming venue’s owners of skimming millions of dollars in profits. Eric Swallow, Peter Lunardi and Peter’s wife Jeanine were accused of diverting the money to limited liability corporations controlled by the trio, listing the transfers as expense payments, thereby reducing the property’s net tax obligation to zero.

On Wednesday, the Silicon Valley Business Journal reported that Casino M8trix’s parent company Garden City Inc. had finalized a settlement with the BGC in May. Amongst other transgressions, Garden City copped to having an illegal financial relationship with a gaming services company, not documenting millions of dollars in financial transactions and said Swallow provided false info to the city of San Jose.

The Lunardis, who are parties to the settlement, had their gaming licenses renewed for another two years. Swallow, who was not part of the deal, has administrative hearings scheduled to commence on Aug. 10. The Lunardis claim to have been unaware of the property’s relationship with the financial services companies, which were owned by Swallow’s then-wife Deborah.

The Lunardis’ attorney Tracey Buck-Walsh said her clients were “blindsided” by the profit-skimming allegations but had taken “a number of steps to bring Garden City into full compliance with the law, which included eliminating questionable agreements.”

Two weeks prior to Lopes’ exit, Commission member Tina Littleton also stepped down after it was revealed that her common-law partner James Parker – a former state Department of Justice agent and ex-employee of Lytle’s consulting firm – stood accused of sharing information regarding the Casino M8trix profit-skimming investigation with Lytle.