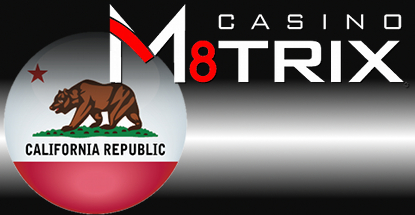 California Assemblyman Mike Gatto has offered a few amendments to his AB 9 online poker legislation. Gatto has proposed making it a felony to offer online poker to California residents without a state-issued license and suggested the scrapping of a requirement for in-person account registrations at state casinos and card clubs.

This latter requirement, originally intended to offer smaller establishments the opportunity to participate in the state’s regulated online poker market and also as a way of ensuring no underage individuals could open accounts, was widely criticized from the start as both unwieldy and unnecessary.

Gatto told CaliforniaOnlinePoker.com that he’d decided to make in-person registration “an option rather than a requirement.” Gatto said the change came following discussions with security experts and the poker community. Gatto acknowledged that technology currently in operation in states like New Jersey had proven more than capable of verifying the identity of registrants.

ALLEGED CORRUPTION IN CASINO M8TRIX PROBE WORRIES POKER PROPONENTS
Meanwhile, the ongoing probe into alleged profit skimming at the Casino M8trix card club may make California’s passage of online poker legislation even more of an uphill climb. Last spring, the Bureau of Gambling Control (BGC) accused M8trix owners Eric Swallow and Peter and Jeanine Lunardi of cooking the books to make it appear that the San Jose gaming joint wasn’t making any money, depriving the state of tax revenue while diverting tens of millions of dollars into the owners’ pockets.

In December, state Attorney General Kamala Harris formally accused Bob Lytle – the former head of the BGC who subsequently took a job as M8trix’s compliance officer – of receiving confidential information on the BGC’s M8trix investigation from a BGC agent. (Harris didn’t identify the agent but tribal gaming writer Dave Palermo identified him as James Parker.) Prior to leaving the BGC, Lytle also allegedly pressured agents to scale back investigations into M8trix.

Harris claimed Lytle’s receipt of this confidential info had “potentially compromised the effectiveness and undermined the integrity” of the BGC’s investigation. Harris wants to fine Lytle and revoke his ability to serve as a key employee and partner in two Sacramento card clubs, the Tavern at Stones Gambling Hall and Saloon at Stones Gambling Hall. Lytle told Gambling Compliance that he’s looking forward to a hearing on the matter in order to prove that he “didn’t do anything wrong.”

Gambling Control Commission (GCC) member Richard Schuetz said the perception of corruption at the state’s regulatory bodies could negatively impact the state’s ability to pass online poker legislation. Schuetz said any allegation of corruption at the agencies that would be responsible for online poker oversight could become a “sticking point” for legislators. David Quintana, a lobbyist representing some of the tribes pushing for online poker, said the “noise” surrounding the alleged corruption “could cause some very critical votes to go south.”