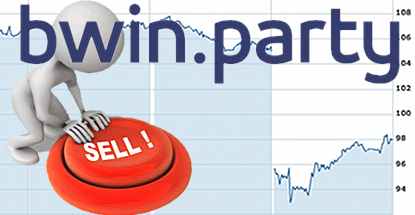 UK-listed online gambling operator Bwin.party digital entertainment saw its shares fell over 7% on Friday on news that its biggest stakeholders were divesting themselves of their holdings.

On Friday, Bwin.party confirmed that PartyPoker founders Ruth Parasol DeLeon and James Russell DeLeon had put their combined 50m shares of Bwin.party up for sale. The share placement represents around 7% of Bwin.party’s outstanding shares. The DeLeons used to own 14% of Bwin.party before selling a significant chunk to Jason Ader’s Spring Owl Investment in February 2014.

Under an arrangement reached in 2013, the DeLeons – who were formally man and wife — were due to sell their shares by October after placing them in two independent trusts (Emerald Bay Ltd. and Stinson Ridge Ltd.). This move was deemed necessary in order to remove any lingering regulatory obstacles to Bwin.party being licensed in New Jersey that might have arisen over PartyGaming’s involvement in the US grey market before the 2006 passage of the Unlawful Internet Gambling Enforcement Act.

PartyGaming reached a $105m settlement with the US Department of Justice in 2009 to atone for its pre-UIGEA US market activities. In a separate deal, former PartyGaming top exec Anurag Dikshit agreed to forfeit $300m to resolve his personal federal liabilities but the DeLeons never bothered to strike similar deals.

In a statement released on Friday, Bwin.party chairman Philip Yea said the company had not been consulted on the DeLeon’s decision to sell, but nonetheless welcomed the news, as it offered “clarity for the market.” Yea also said the sale would have “no bearing” on Bwin.party’s ongoing discussions with various parties regarding a sale of all or part of the struggling company. Bwin.party is currently mulling takeover bids from rivals 888 Holdings and a tandem of Amaya Gaming and GVC Holdings.

But Peel Hunt analyst Nick Batram said the market had been “unnerved” by the announcement and wondered why the pair couldn’t “wait until an offer comes through?” The DeLeon’s shares are being placed at 93p apiece, a significant discount to Thursday’s closing price of 105p, which to Batram suggested “there must have been a bit of struggle to place the shares.” The shares had fallen as much as 10% on Friday before rallying somewhat to close at 97.5p.