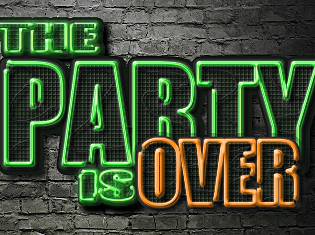 Online gambling’s imminent launch in New Jersey has compelled two founders of PartyPoker to divest their substantial holdings in the company rather than subject themselves to scrutiny by state gaming regulators. Ruth Parasol DeLeon and James Russell DeLeon – who are currently married to each other but in the process of divorcing – each hold a 7.16% stake in PartyPoker’s parent company Bwin.party digital entertainment, a nest egg that helped earn the former couple a #3 ranking in the gambling category of this year’s Sunday Times Rich List.

The DeLeon’s Bwin.party shares will be placed into separate trusts to be divested over a period of 36 months commencing on the day that Bwin.party receives regulatory approval to participate in New Jersey’s online gambling market, which is set to go live on Nov. 26. Should Bwin.party fail to receive the regulatory nod, this divestment will not take place. The Borgata, Bwin.party’s Atlantic City brick-and-mortar casino partner, became the first recipient of a New Jersey interactive gambling license in early October.

The DeLeons’ departure from the stage completes Bwin.party’s purge of all former traces of PartyGaming having served US customers prior to passage of the Unlawful Internet Gambling Enforcement Act (UIGEA) in 2006. The past two months has seen PartyGaming alums Tim Bristow and Lord Moonie abandon their seats on Bwin.party’s board of directors to remove any lingering taint of pre-UIGEA wickedness that might have impacted Bwin.party’s US ambitions. Last December, Bwin.party co-CEO Jim Ryan left the company in a move that most observers viewed as a way to disassociate the company from Ryan’s former roles as CEO of both PartyGaming and Ultimate Bet, especially since the latter continued to serve US customers post-UIGEA.

Such concerns aren’t without merit. Former PartyGaming CEO Mitch Garber’s links to his old firm were recently cited by Massachusetts gaming regulators as a contributing factor in rejecting Caesars Entertainment’s bid to run a brick-and-mortar casino in Boston. In 2009, PartyGaming agreed to pay $105m after reaching a non-prosecution agreement with the US Department of Justice. Around the same time, the company’s former software chief Anurag Dikshit agreed to pay the DOJ $300m to settle charges related to the company’s US activities. The DeLeons have so far resisted the urge to cut the DOJ a similarly massive check.

Thursday’s announcement may suggest a way forward for New Jersey online gambling hopeful PokerStars, whose founder Isai Scheinberg was among those indicted on Black Friday for US-facing activities. In August 2012, Scheinberg agreed to step down from any active role in Stars’ day-to-day activities as part of the $731m settlement to resolve Stars’ Black Friday civil charges. But PokerStars is a private company, making it more difficult to ascertain both the extent of Scheinberg’s current stake in the company as well as his precise role in guiding Stars’ direction.

Meanwhile, Bwin.party CEO Norbert Teufelberger has yet to resolve the outstanding charges against him for Bwin’s unlawful activities in France. Could there be room for one more in Bwin.party’s regulatory doghouse?