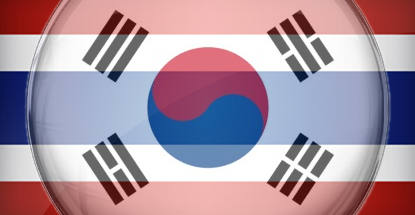 Are there any South Korean ex-pats currently residing in Thailand who aren’t running an illegal online gambling operation? Seriously, show of hands…

On Monday, Thai police raided a luxury condominium in Bangkok, arresting three South Korean men who were running an illegal online casino catering to their countrymen back home. This site had reportedly been in operation for around six months.

That same day, police in Phuket arrested eight South Koreans running an illegal online sportsbook out of a condo and a commercial property that had been made to look like a tourism business. In addition to multiple computers and phones, police seized 60 South Korean bankbooks, which contained records of betting transactions totaling 100m baht (US $3m).

Asked why they had chosen Thailand as their base of operations, the eight men arrested in Phuket reportedly said they’d answered a job ad in their homeland three months ago. Phuket police are hoping to locate the group’s ringleader, although they admit that they don’t know whether he was in Thailand or South Korea.

All those arrested are likely to be fined and deported. Meanwhile, this week’s arrests have led to more reassignments for Thai police officers. Five senior officers in Bangkok – including a superintendent, two deputies, a chief investigator and the crime suppression chief – were transferred to inactive posts for a minimum of 30 days while the top brass figures out what to do with them.

The disciplinary action follows a similar move imposed against six senior officers at a different Bangkok station house last month following the arrest of still more South Korean nationals for online betting. That was preceded by allegations that Bangkok police colluded with a different group of South Korean bookies this January. Frankly, at this rate, the cops should just cut out the middlemen and open their own online sites, provided at least one of them learns to speak South Korean.