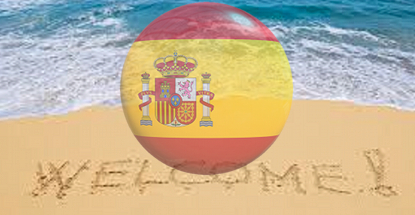 Spain has announced the lucky recipients of its latest round of online gambling licenses while officially authorizing online slots and exchange betting for the first time since the country’s regulated market launched in June 2012.

In addition, over 20 existing licensees who’d applied for the right to offer slots – including 888 Holdings, Bwin.party, Bet365, PokerStars, William Hill and software supplier Playtech – were granted the right to expand their offering. Spain passed legislation allowing both slots and exchange betting a year ago but the new regime only took effect today (June 2).

The addition of slots will give a further boost to the regulated market’s casino vertical, which already showed impressive gains in the first quarter of 2015. Figures released by the Dirección General de Ordenación del Juego (DGOJ) regulatory body showed casino table game revenue rising 38% to €12.2m in the three months ending March 31, outpacing the overall online market, which grew 14% to €77.4m.

Spain hopes that the new slots option will have an effect similar to that in Italy’s regulated market. Stats released by the Milan Polytechnic showed slots accounting for one-fifth of Italy’s overall online gambling market revenue in 2014, while its 27% growth rate easily eclipsed that of all other verticals.