Macau to cap mainland visitors at current 21m per year 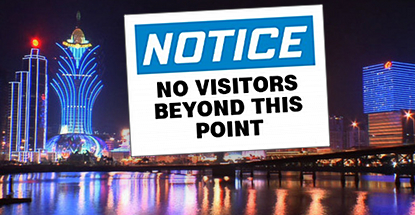 Macau will cap the number of visitors it accepts each year from mainland China in order to maintain the quality of life enjoyed by the city’s permanent residents.

Citing a report by the Institute for Tourism Studies, Macau’s government says the city can successfully absorb between 89k and 92k visitors per day. However, during the recent Lunar New Year celebrations, Macau was receiving 147k visitors per day. Macau Secretary for Social Affairs and Culture Alexis Tam Chon Weng called this latter figure “well above” the city’s capacity and thus changes were required.

Tam reassured casino operators that the 21m cap was “not stable” and would eventually increase once the pace of infrastructure development caught up with the frenzied building of casinos and other tourist-drawing attractions in Macau.

Macau isn’t the only special administrative region closing some of its gates. Earlier this week, Xinhua reported that Beijing was putting curbs on travel to Hong Kong by residents of Shenzhen province. Having previously enjoyed multiple entry privileges to Hong Kong, Shenzhen residents are now restricted to one visit per week. As in Macau, mainland authorities justified the restriction by citing congested border crossings and annoyed permanent residents.

MACAU VISITS A LAST-MINUTE DECISION
Of the mainlanders who travel to Macau, many are making the trip on a moment’s notice. Union Gaming Research issued a note saying booking windows had become “exceptionally short to non-existent,” with most trips to Macau being booked “within a 48-hour window prior to arrival (if not the day of).” This spontaneity is wreaking havoc with revenue predictions, so from now on all forecasts will be based on a scale of WTF to OMG.

Union Gaming’s Felicity Chiang said “a large cross-section” of China’s high-rollers had “received the message loud and clear that now is not the time to be gambling.” However, “lower, more value-oriented customers” are replacing these increasingly elusive VIPs. Until recently priced out of Macau’s overheated market, these mass market gamblers are taking advantage of lower table limits and the ever expanding number of hotel rooms on offer.

FULL SMOKING BAN WON’T BE DELAYED
In addition to announcing visitor curbs, Tam confirmed that the government was pushing ahead with its plan to implement a full smoking ban in Macau’s casinos.

Operators have complained that they’ve incurred significant expenses building designated smoking lounges, as dictated by the government’s previous partial smoking ban. Legislative Assembly member (and SJM Holdings director) Angela Leong On Kei believes this money would have been better spent on casino staff salaries and benefits. Speaking on behalf of operators, Leong said a little clarity from legislators on the smoking issue would be just swell.

Tam said the government was “feeling the pressure” to forget the full ban’s implementation so as not to further depress a casino industry already reeling from 10 straight months of revenue decline. But Tam said work on its full-ban plan – which prohibits smoking in all closed public spaces – remains “on schedule.”