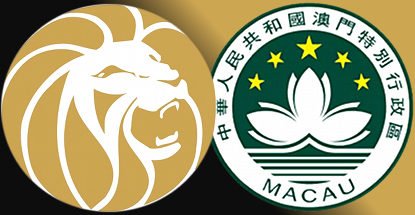 Macau casino workers are planning a job action against MGM Resorts on Friday, just as the world’s top gaming hub is enjoying increased visitation from Golden Week holiday gamblers. Wu Jian, an organizer with casino workers association Forefront of Macau Gaming (FMG), told Reuters that hundreds of dealers at MGM Macau plan to take sick leave on Friday at noon. Wu declined to specify how long this ‘blue flu’ would last and MGM has yet to comment on the announcement/threat.

MGM was the target of another protest on Monday, when hundreds of MGM China staffers took to the streets outside MGM Macau to demand improvements in salaries and benefits. Ung Kim Ip, an MGM supervisor, told Macau News the workers were also upset over MGM’s policy of punishing employees for not making it to work on days when typhoons are blowing. MGM reportedly deducts these missed days from employees’ allowable sick days or annual holiday time.

SIGNS OF HOPE DESPITE SEPTEMBER SLUMP
Friday’s labor protest will coincide with Macau officials releasing September’s casino gaming revenue figures. All expectations are that Macau will report its fourth consecutive month of revenue decline, a streak not seen since the period immediately following the 2008 global economic crisis. Earlier this week, Secretary for Economy and Finance Francis Tam Pak Yuen suggested September’s decline would likely drop 12% to 13% from the same month last year, in line with most analysts’ expectations.

The decline would be the highest rate experienced over the last four months, suggesting Macau’s problem is getting worse, not better. But Tam remained optimistic that Macau would still post a modest annual revenue gain – or at least hold the line with 2013’s total haul of MOP 360b (US $45b) – when the full-year figures are tallied.

Tam also noted that visitor arrivals in August were over 3m, a new monthly record. Late last month, Sands China reported that its 9,200 hotel rooms in Macau were “close to 100%” booked for the Golden Week holiday. The mass market sector has proven far more resilient than the VIP sector during Macau’s summer swoon, a fact that offers operators some reason for optimism. After all, the VIPs traditionally provide two-thirds of Macau gaming revenue, but the mass market – revenue from which casinos don’t have to share with junket operators – can account for 70% of profits.