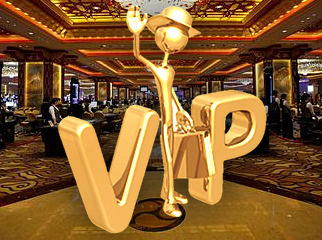 Macau casinos’ increased focus on so-called ‘premium mass’ market tables is resulting in increased scrutiny by the local gaming regulator. The post-earnings call earlier this month by Macau concessionaire SJM Holdings revealed that Macau’s Gaming Inspection and Coordination Bureau (DICJ) had designated 28 of the gaming tables at SJM’s flagship Casino Grand Lisboa as VIP tables, up from just three VIP tables the previous quarter. While the reclassification has gone unexplained, speculation has it that the tables were allowing maximum wagers above HKD300k (US $$38.6k), the figure used by the DICJ to distinguish between premium mass and VIP tables.

It’s no secret that minimum wagers at mass-market tables have been creeping ever upward. Last week, Sands China CFO Ben Toh told G2E Asia attendees that minimum wagers at the Venetian Macau had risen five-fold since the joint opened six years ago. Deutsche Bank AG analyst Karen Tang reported that minimum wagers had risen 11% just between June and November 2012. While some would like to believe that the rise is attributable to the increased purchasing power of the average Chinese consumer, it’s more likely that the bump is the result of VIPs being offered good enough reasons to go slumming.

Casinos love premium mass tables because they don’t operate on credit and thus require no junket involvement, meaning significantly higher margins. iGamix Management and Consulting managing partner Ben Lee had previously relayed reports that VIPs were switching to premium mass because of the anonymity such tables offer. High-rollers must register with agents in order to receive credit at VIP tables, but that allows corruption-conscious Beijing a window into how much money is moving out of China – and who’s moving it.

The DICJ’s reclassification has led to some speculation that SJM has been offering VIP-like incentives to its premium mass players. Sources told Macau Business Daily that some operators have been providing select premium mass players with ‘promo chips’ that function much as the ‘rolling chips’ used in VIP rooms. Other casinos are reportedly offering rebates for players who gamble using their credit cards.

Should the DICJ reclassify similar tables at all Macau casinos, it could have an effect on how the market measures its growth. The mass market has been slowly chipping away at the VIP sector’s stranglehold on Macau’s gross gaming revenues, but those gains could reverse themselves under a revised accounting method.