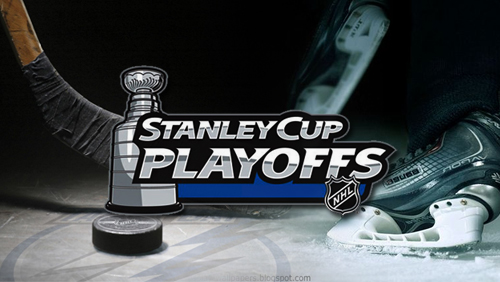 The start of the NHL Stanley Cup playoffs begins in few days and for the first time in quite some time, no team has emerged as the clear favorite to raise Lord Stanley’s Cup in June. It’s come to the point that if you ask 10 people who they think would win the Stanley Cup, you’re probably going to get 10 different answers.

Parity reigns supreme in the NHL this season and picking a team to go all the way once the playoff seedings are set is going to be a lot more difficult than in past seasons. but somebody has to be considered a favorite, right? Loose a term as it may apply in this occasion, there has to be a team listed as the odds-on favorite.

For now, that distinction belongs to the New York Rangers, which currently has 6/1 odds to win what I think is the most prestigious trophy in all of professional sports. 6/1 odds! For a favorite! By contrast, the Golden State Warriors are the favorites to win the NBA title and they’re odds right now are at 2/1. Go down a little further and you have the Cleveland Cavaliers priced at 21/10 while the San Antonio Spurs are at 3/1. In other words, three teams in the NBA have shorter odds to win the NBA title than the favorite to win the Stanley Cup. Parity, I tell you!

The lack of a clear-cut fave is even more indicative with the odds offered to the next two teams on the list: the Chicago Blackhawks and the Minnesota Wild. Currently, the Hawks and the Wild are both getting 8/1 odds, just above the Anaheim Ducks and the St. Louis Blues, both of which are priced at 9/1 odds.

From there, things get even more convoluted as three teams – the Montreal Canadiens, Tampa Bay Lightning, and Nashville Predators – are all priced at 12/1.

Basically, almost half of the teams in the Stanley Cup playoffs are getting 12/1 odds or less.

Oh, and we haven’t even gotten to the perceived dark horses like the Detroit Red Wings, New York Islanders, Pittsburgh Penguins, Vancouver Canucks, and Washington Capitals. Guess what these five teams have in common.

All of them are getting 18/1 odds! Do the math and you have seven teams at or under 12/1 odds and five more getting an identical number. That leaves us with four more teams, or five depending on which two teams of the three teams in contention for the two Wild Card spots in the Eastern Conference gets in. That’s a race being determined by the Penguins, Boston Bruins (20/1), and Ottawa Senators (33/1).

So there you have it, the nightmarish guide to picking the new Stanley Cup champion. Good luck trying to sort this mess out.