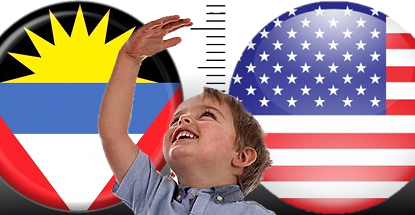 Antigua’s Prime Minister Gaston Browne has hit back at US claims that he believes “unfairly and unjustly” harm his nation’s reputation.

On Tuesday, Browne made a statement to the Antiguan House of Representatives regarding the US State Department’s 2015 International Narcotics Control Strategy Report (INCSR), which labeled Antigua and six other Caribbean countries “jurisdictions of primary concern for money laundering.”

Browne said a diplomatic note had been transmitted to the US government stating that “the comments and assertions on Antigua and Barbuda in the INCSR 2015 lack any basis in fact and are not based on objective criteria.”

Browne went on to say that Antigua’s internet gaming sector is “subject to exactly the same anti-money laundering (AML) controls as other regulated sectors and is subject to especially tight oversight and regulation.”

Browne also questioned the INCSR’s claim that Antigua had a “large” financial sector. Browne said a more accurate adjective would be “tiny,” noting that if the country’s total assets and financial services transactions were combined, “they would not amount to 0.001% of the world’s financial assets.” As such, Browne said his note had “forcefully” made the point that these assets “could pose no international risk.”

Browne reminded the US that Antigua’s AML controls met all regional and international standards, including those of the Financial Action Task Force, and are monitored by the International Monetary Fund and the Caribbean Financial Action Task Force. Browne went on to point out that Antigua’s legislation “as it relates to companies is far more restrictive than that found in most States in the United States of America.”

Browne finished by saying Antigua and the US had engaged in mutual cooperation on these issues for years and that “it would be a pity to see such cooperation undermined” by the INCSR’s “inappropriate and factually incorrect” statements. Browne urged the US to correct the INCSR’s Antigua references and agree to review further reports “directly and transparently” with Antiguan government agencies.