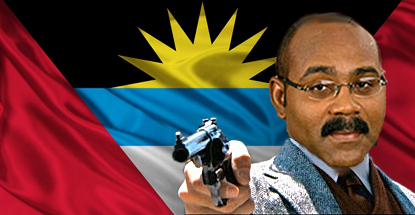 For over a decade, Antigua has been seeking redress from the US after Antigua’s licensed online gambling operators were denied access to US customers. In 2006, the WTO declared that the US had no right to block Antiguan operators on the grounds of protecting consumers while simultaneously permitting US horseracing operators to accept online wagers. The US was ordered to pay Antigua an annual $21m until a resolution was reached but the US has yet to ante up dollar one.

Since Browne was sworn into office last June, he has taken a markedly different approach than his predecessor toward resolving the WTO dispute. In September, Browne fired attorney Mark Mendel, who was hired by the previous administration to handle the case, and offered the US a “significant concession” in order to rejuvenate the stalled bilateral talks. That same month, Browne met with US Trade Representative Michael Froman and came away “encouraged” by their discussions.

On Friday, Browne was in the Bahamas, delivering an address at the 26th Inter-Sessional Meeting of the Caribbean Community (CARICOM), the group that represents 15 regional nations. In his address, Browne noted that the 11th anniversary of the original WTO ruling in Antigua’s favor was coming up in just two weeks. Browne emphasized that Antigua has yet to see a penny of the $168m in penalties the US now owes.

Browne told CARICOM delegates that Antigua had “been patient and we have been reasonable” but “the casualness with which the ruling of the legitimate international body has been treated, and the neglect of a legally-binding obligation have implications for every country represented in this room.”

Browne reminded his audience that “there are remedies legally available to my government that have been stipulated by the WTO. We hope that we are not forced to resort to these remedies, but we have a duty of care to our people that we cannot disregard.”

Such remedies include the legal right to offer royalty-free digital downloads of American corporations’ intellectual property. In his discussions with the USTR, Browne has so far adopted a stance that is far more carrot than stick. Clearly he’s beginning to realize that the USTR might need a good spanking to force them to treat Antigua with the respect a sovereign nation deserves.