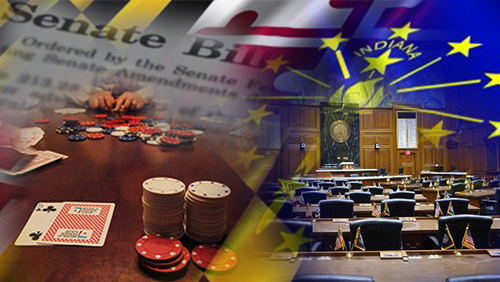 Legislators from Maryland are preparing two bills that would decriminalize acts of hosting and playing in poker home games. Senate Bill 184 and House Bill 59 are authored by Sen. Nancy King and Delegate Kirill Reznik, respectively.

Should both bills get the requisite number of votes, any person who runs a home game based on chance or skill that involves betting real money will no longer be inconvenienced by a maximum fine of $1,000 or potential jail time. The existing law isn’t enforced all that strictly, but the new law would draw a distinct line between what’s legal and what isn’t.

“What makes a casino a casino is that a cut of the winnings is saved for the house,” Reznik said at the House Ways and Means Committee Thursday, as quoted by the Capital News Service. “The laws are so restrictive now that a person’s home is deemed a casino.”

The two bills come with their own set of restrictions, most notably the illegalities of enforcing a rake system in any of these home games or using online electronic devices for placing real money bets.

Reznik has discussed details of the two bills with state and local police, who failed to voice any strong objections, and over 20 state lawmakers have signed off on the proposals. Should the bill get all the votes it needs, the changes could be enforced as early as October 2015.

INDIANA MULLS LOOSENING GAMING LAW RESTRICTIONS
Over in Indiana, the state’s House of Representatives has voted in favor of changes to existing casino laws, much to the dismay of Gov. Mike Pence.

Lawmakers voted 75-18 in favor of House Bill 1540, which would allow riverboat casinos to move onto land, permit live dealers for table games at the two racinos in Anderson and Shelbyville, and offer state tax incentives to casinos if they build new non-gaming facilities, including hotels, performance venues and restaurants, on their properties.

The bill now moves to the Senate where it will be up for discussion in the coming weeks.