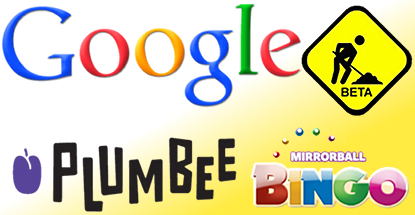 Social casino advertising will be allowed on Google as part of a new beta test by the world’s number one online search engine.

Google has long enforced a policy that restricts the promotion of gambling-related content, including both off- and online gambling. But Google now says that it will “begin supporting ads for social casino games as part of a limited beta program.” Full details of the beta are available here.

For the moment, only existing AdWords advertisers with good compliance histories have been invited to participate in the beta test, which is set to commence “around March” and will run for “a number of months.” Advertisers who don’t meet these requirements have the option of registering their interest in promoting social casino games in the post-beta world.

Ads, sites and apps participating in the beta must be in English. The ads cannot contain links to any real-money gambling sites, nor can there be any gambling related advertising on your social casino site or app. The ads must also “clearly and prominently” inform users that the games in question are “intended for an adult audience” and that “practice or success” at social casinos “does not imply future success” at a real-money gambling site.

PLUMBEE FLUSHES BINGO
The news comes too late for UK-based social gaming developer Plumbee, which has announced the closure of its Mirrorball Bingo app. The product, which launched less than a year ago, will shut down its in-game shop on March 3, meaning players will lose the ability to purchase additional coins. The game will be completely ‘under the G’ gone from Facebook as of March 31.

Gaming Intelligence quoted Plumbee CEO Raf Keustermans saying the bingo product “never really had the traction we were hoping for.” Rather than throw more money at the project, Keustermans said the company decided to chalk it up to experience and go back to focusing on its core Mirrorball Slots product. With 20/20 hindsight, Keustermans said Plumbee “probably underestimated the competitiveness and complexity of the bingo category.”