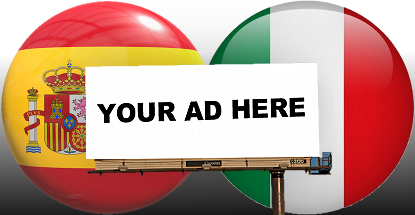 Officials from all parties in the Senate put forward the motion calling on the government to impose tougher rules on the promotion of online gambling. The proposed changes include a UK-style watershed hour before which online gambling advertisements could not be aired as well as bans on ads aired via media specifically directed at minors, including mobile apps.

A more contentious proposal involves restricting sponsorship deals between online gambling firms and Spanish sports clubs. For six years, the Bwin half of online gambling operator Bwin.party had its logo emblazoned across the chests of Real Madrid players but the cash-strapped company walked away from the sponsorship in 2013. Real Madrid subsequently inked a partnership with Bwin.party’s Sportster Bet and Win social betting product, until Bwin.party shut down the money-losing social gaming product last month.

The Spanish government has six months in which to respond to the joint motion. The intervening period should feature some heated debate as operators seek to ease some of the motion’s more punitive elements.

Grillo’s statement was prompted by news that gambling operators have been given a sneak peek at the government’s revised ad rules while parliamentarians have been left in the dark. Grillo said his party had “unmask[ed] a government dominated by the gambling lobby.”

Grillo posted a link to a file allegedly containing a draft of the government’s proposed revisions, which Grillo characterized as “completely insignificant.” Grillo claims the new rules don’t include any significant curbs on advertising or efforts to reduce compulsive gambling behavior. Grillo also claimed the government’s plan to curb Italy’s number of slot machines was a ruse intended to introduce more video lottery terminals (VLT).

Grillo, a popular comedian, formed Movimento Cinque Stelle in 2009. The anti-establishment party holds the single largest block of seats of any one party but remains in opposition to a center-left coalition led by the Democratic Party and Italy Common Good party.