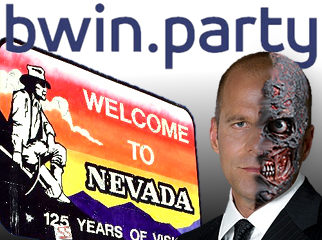 Two Republican members of the US House of Representatives are planning to introduce online poker bills into Congress. Aides for Rep. Peter King (NY) and Rep. Joe Barton (TX) told Reuters their bosses are working on separate pieces of legislation to head off state-level initiatives in New Jersey, Delaware, California and elsewhere. A month ago, King aide Kevin Fogarty promised that King’s bill would be less “Nevada-centric” than 2012’s stillborn Reid/Kyl bill that earned the ire of state lotteries, Indian tribes and virtually everyone else not holding a Nevada gaming license. Barton has previously introduced poker legislation that went nowhere. Both new bills will reportedly contain opt-out provisions for uninterested states.

Earlier this week, attendees at the International Conference on Gambling and Risk Taking in Las Vegas were told that the Reid/Kyl failure was due to the bill’s disregard for tribes and lotteries, which former Nevada congressman Jon Porter described as “some powerful groups.” Porter suggested that any new legislative effort “won’t be a standalone bill. It will be attached to something else.” Frankly, to get through the Republican-controlled House, a poker bill would need to be attached to an Obama impeachment bill.

Meanwhile, pen-European operator Bwin.party is sending out all sorts of mixed signals on its Nevada intrastate online poker plans. Gaming attorney Frank Schreck, who is representing Bwin.party in Nevada, told the Las Vegas Review-Journal that the company was “still moving forward” with its pursuit of a Nevada interactive online poker license. That directly contradicts comments made in March by Bwin.party CEO Norbert Teufelberger (half of whom pictured above), who claimed the company had “chosen not to operate in Nevada.”

Teufelberger said the company had only applied in Nevada because it expected federal legislation to pass, so either he has decided that new legislation has a good shot of passing, or Bwin.party’s plummeting revenues have convinced Teufelberger that any additional revenue stream – even the puny Nevada intrastate kind – is not to be sneezed at. Both of Bwin.party’s joint venture partners in online poker – MGM Resorts and Boyd Gaming – have already received their Nevada online poker licenses but have stated that they’re still evaluating the Nevada’s market’s potential.

Bwin.party’s financial woes may have also contributed to its recent decision to end Bwin’s six-year shirt sponsorship of international football powerhouse Real Madrid. Bwin.party has struck a new deal with the team to launch co-branded gaming products and incorporate the Real Madrid name into Bwin.party’s new social sports betting product, which is expected later this year. No doubt the new deal requires significantly less upfront investment than renewing the jersey deal, but the decreased visibility on global television broadcasts may cost Bwin.party a lot more in the long run.