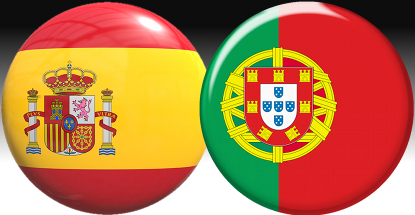 Spain’s regulated online gambling market got a boost in 2014 from sports betting, which helped push the overall market’s annual revenue up 11% to €254m. The figures were released this week by the Dirección General de Ordenación del Juego (DGOJ).

PokerStars Spanish-facing site has more to market following the recent relaunch of its casino offering. The casino games went offline a month ago so Stars’ boffins could tweak the software to record blackjack hand and roulette spin histories, as required by Spanish regulators. PokerStars.es has also expanded its casino offering via the launch of live dealer roulette.

PORTUGAL’S TAXING SITUATION
Across the border in Portugal, the country’s plans to tax its regulated online sports betting market have been slammed by the bean counters at PricewaterhouseCoopers (PwC). The Remote Gambling Association commissioned PwC to study the issue and the results have been duly submitted to Portugal’s economic officials.

Portugal is looking to end the online gambling monopoly held by Sana Casa de Misericordia but the government’s plan to tax sports betting turnover rather than revenue has operators crying foul. PwC says Portugal’s refusal to switch to a revenue-based tax will cause up to four-fifths of licensed operators to exit the country within the first year of its regulated market. This exodus is likely to cost Portugal €20m in lost tax revenue over the first three years.

PwC cited France as a glimpse of Portugal’s future. The French market’s onerous tax rates were cited as the primary culprit behind 18 of the country’s 35 online gambling licensees walking away from the market after the first year.