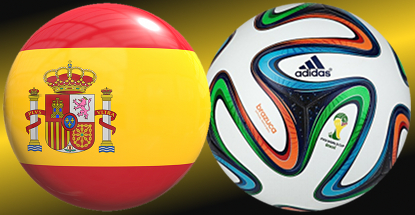 According to figures released by the Dirección General de Ordenación del Juego (DGOJ), online gambling revenue hit €62m in the three months ending Sept. 30. That’s €2.8m more than the DGOJ reported in Q2, which was itself up 7% year-on-year.

As usual, sports betting was the star performer, rising 35% year-on-year to €33.7m, thanks to a 48% rise in betting turnover to €708m. Bet365’s Spanish-facing site accounted for around 52% of sports betting revenue, with William Hill, Bwin and 888 Holdings’ new Kambi Sports Solution-powered sportsbook well back of the leader.

The poker vertical rose 9% to €17.2m (up 12% sequentially), driven by a 39% rise in tournament stakes. The scenario wasn’t so rosy on the cash games side, with stakes falling 11% and overall poker stakes were flat at €528m. The vertical continues to be dominated by PokerStars and 888, who together account for 90% of the regulated market’s online poker action.

The casino vertical rose 5% to €8.5m, although this was down 7% sequentially. The vertical will likely continue to lag the others until the expected introduction early next year of online slots. Interestingly, during Friday’s analyst call with Amaya Gaming Group, CEO David Baazov said his new PokerStars operation has managed to capture double-digit casino market share in Spain, despite having only recently expanded Stars’ gaming palette beyond poker.

In September, Spain’s Commission of Markets and Competition (CNMC) released its latest report on the country’s ecommerce industry. In the most recent quarter, online gambling accounted for 2.8% of all commerce revenue in Spain.