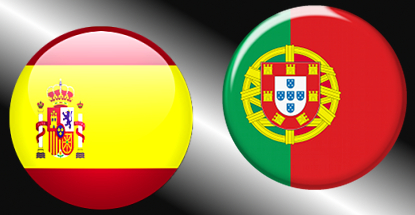 Spain has taken another step toward authorizing its licensed online gambling operators to offer slots and exchange betting. Friday saw Spanish legislators publish their long-awaited slots and betting exchange regulations, paving the way for the Dirección General de Ordenación del Juego (DGOJ) to announce it was ready to receive license applications, hopefully signaling the end of a process that has taken over two years to reach this stage. Spain’s limited online casino vertical accounted for just €8.7m of the regulated market’s total online revenue of €66.9m during Q1 2014.

The new online products are tentatively slated to launch on Jan. 1, 2015 but those operators already holding Spanish-issued licenses are expected to get the jump on any company that might have been waiting for Spain to widen its online horizons before applying for a license. Once issued, the slots and exchange betting licenses will be valid for five-year terms with renewals lasting a similar period. Sadly, the government has shown no inclination to budge on its planned 25% tax on slots revenue.

Sticking with the Iberian Peninsula, parliamentarians in Portugal have approved proposals to liberalize the country’s regulated online gambling market. On Friday, parliament approved plans already approved by the Council of Ministers that would bring about the end of the current online gambling monopoly enjoyed by Santa Casa da Misericordia (SCdM). The vote opens a 180-day window in which legislators must cobble together the nuts and bolts of the license application process, tax rates and penalties for unauthorized operators. Previous expectations had been that this process would be done by the end of the year but this now appears optimistic at best.

Given that Portugal’s willingness to liberalize its market was entirely predicated on its need to repay its International Monetary Fund/European Union/European Central Bank bailout benefactors, operators granted a Portuguese license are expected to face hefty taxes. While nothing’s carved in stone just yet, online sports betting is facing a rate of between 8% and 16% of betting turnover, while ‘games of chance’ and pari-mutuel wagering are looking at a range between 15% and 30% of gross gaming revenue.

These figures earned the finger of scorn from the Remote Gambling Association (RGA) earlier this month, which said the proposed taxes would make the market “unviable” for operators. The RGA also criticized the fact that SCdM’s retail sports betting monopoly – which will be unaffected by the new online legislation – will continue to enjoy a rate half that of its online competition. The European Commission has yet to weigh in on the legality of Portugal’s online plans.