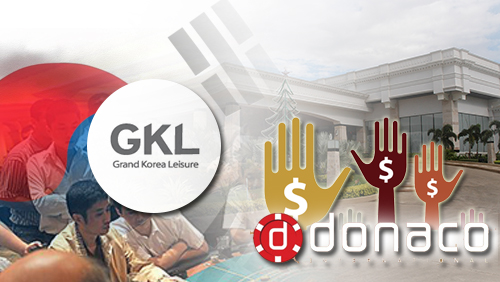 South Korea casino operator Grand Korea Leisure (GKL) reported a 57% increase in visitation from Chinese gamblers compared to a year ago, quelling fears that China’s tightening grip on its VIP gamblers would have a direct effect on casinos’ ability to draw in these high rollers.

In the fourth quarter of 2014, GKL welcomed a total of 510,000 visitors in its three foreigners-only casinos, 34% better year-on-year. Of this total, Chinese gamblers accounted for 40% of visitors with Japan coming in at second at 28%.

“There was no slowdown in Chinese gamer traffic,” Daiwa Securities Group analyst Thomas Kwon said. “[GKL] benefited from robust visitor traffic for VIP floor and mass-table games from all countries including China.”

Meanwhile, Donaco International has successfully raised almost $72 million through a successful share placement, thanks to an entitlement offer to some of its new investors. The casino operator told the Australian Securities Exchange that the placement will net the company 154,014,665 new shares, which it began trading on February 11, 2015. Similarly, a retail component to Donaco’s entitlement offer opened on Monday, February 9, and is expected to close on February 23. The trading of these shares is expected to begin on March 3.

Donaco’s plan was to raise $100 million to help fund the acquisition of the Star Vegas Resort and Club casino property in Poipet, Cambodia. That transaction is expected to be completed in April.