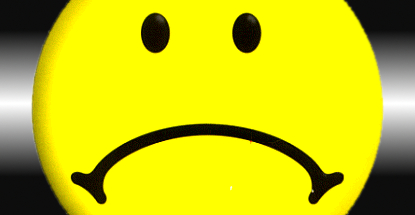 Online gambling legislation had a week to forget in the United States, as two poker bills that would have added Mississippi and Washington to the list of iGaming-friendly states went down to defeat.

In Mississippi, Rep. Bobby Moak’s third kick at the legislative can was no more successful than his first two attempts, but you gotta give the guy his High Hopes due. Moak’s latest incarnation of his Mississippi Lawful Internet Gaming Act failed to clear Tuesday’s deadline for legislation to be considered by the relevant committees this year.

Moak, a Democrat, told PokerNews he knew the bill was DOA given that “my Republican colleagues have not been moving very much at all concerning gaming.” Regardless, Moak intends to keep trying to pass his bill based on the belief that his state’s gaming industry deserves the “options it needs in this changing market. It’s another tool they should have.”

WASHINGTON STILL IN A FELONIOUS FUNK
Way up north in Washington state, the HB 1114 online poker bill filed by Rep. Sherry Appleton will also not gain any traction in 2015. The bill, which was drafted in conjunction with Washington Online Poker Initiative leader Curtis Woodard, would have rolled back the preposterously overzealous 2006 law that made playing online poker in the state a felony. Appleton said this week that the bill had failed to achieve the necessary support and was dead for the year.

DAYTON VOWS ANOTHER VETO OF MINNESOTA ANTI-ONLINE LOTTERY BILLS
Moving east, Minnesota Gov. Mark Dayton has vowed to veto the current attempt by state legislators to cancel the state lottery’s online scratch tickets. Two bills are currently making great strides in both of the state’s legislative chambers and this week saw Dayton question why legislators were so adamant about depriving the state’s environmental trust fund of badly needed cash.

The Minnesota Lottery debuted its online scratchers a year ago without waiting for official legislative approval, which seriously wadded up the collective panties of state politicians. They passed legislation last year to scrap the online instant win games but Dayton vetoed the bill after the legislative session closed, depriving legislators of the option of an override vote.

On Friday, Dayton used the occasion of the Lottery’s 25th anniversary to announce that he will once again veto any anti-online bill that crosses his desk. Dayton added that he’d “do my best to prevent an override,” although last year’s anti-online bill passed by veto-proof margins. Dayton also suggested dedicating a portion of Lottery proceeds to a special fund for school construction and college campus improvements, presumably so he can yell ‘think of the children’ at his next presser.

Without naming names, Dayton once again strongly hinted that campaign contributions from the state’s charitable gaming industry and tribal gaming groups were the real motivation behind legislators’ impatience to scrub the scratchers. “Look at the campaign contributions to legislators and to the caucuses if you want to understand, at least in my subjective view, why this thing has got so much steam.”