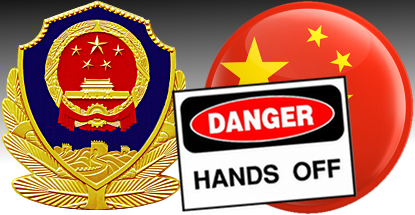 Asian casino operators got a rude awakening Friday after a top Chinese official said the government would crack down on attempts to lure its citizens to international gambling destinations.

Hua Jingfeng, deputy bureau chief at the Ministry of Public Security, told state media that the government had “investigated a series of cases” involving casino operators who had “set up offices in China to attract and drum up interest from Chinese citizens to go abroad and gamble. This will also be an area that we will crack down on.”

Credit Suisse also suggested that casinos in Macau would suffer as a result of their increasing reliance on ‘premium mass’ players – gamblers who spend far more than the average but do so with their own money rather than rely on credit advanced by junkets. For years, casinos have been sending agents to China to network with premium mass gamblers but increased scrutiny of these agents’ activities could negatively impact gambling revenue in Macau and elsewhere.

Las Vegas Sands chairman Sheldon Adelson gave a talk at the Institute for Tourism Studies in Macau this week, telling the audience that high-rollers “will stay low and will not be conspicuous in their spending habits until the witch-hunt – or whatever it is called, the crackdown on corruption – levels, goes down.” Adelson said the premium mass segment was also laying low “because they don’t want the government to see them spending what they consider large amounts of money.”

Macau’s VIP market tumbled to 60.5% of gaming revenue in 2014 from 73% in 2013 but Macau’s loss has been a gain for other integrated resort destinations like Singapore, Manila and Australia. Beijing’s crackdown on mainland junket operators has led junkets to shift their attention beyond Macau in the hopes that Chinese VIPs will feel more comfortable betting big away from Beijing’s all-seeing eye.