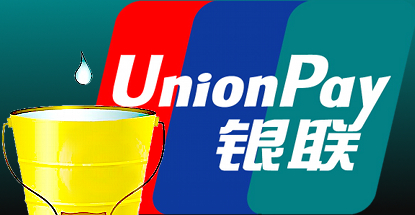 As promised, Macau has imposed new restrictions on Chinese tourists who ‘transit’ through Macau to another destination. Previously, mainland tourists who used Macau as an intermediate stop on their way to a third port of call were allowed to stay seven days in the world’s top gambling hub, but this stay has now been reduced to five.

The change, which takes effect July 1, is intended to curb the number of travelers who abused the privilege by never making it to that third destination. In 2013, just under 21% of the 2.6m mainland passport holders who entered Macau using transit visas actually went on to a third country. These 2m visa scofflaws represented 11.2% of all mainland visitors to Macau last year.

Anyone caught abusing the scheme after July 1 will be prevented from making another transit visa trip through Macau for 60 days and their time in Macau will be limited to one day. Repeat violators will be barred from Macau altogether. Union Gaming Group analyst Grant Govertsen doesn’t expect the change to have a huge effect on Macau casino revenue, as most visitors coming to Macau to gamble stay only around two days on average.

UNIONPAY CRACKDOWN A DROP IN THE BUCKET
It remains to be seen whether a crackdown on the illegal use of UnionPay debit card devices can be brushed off so easy. Macau casinos have reportedly been given a July 1 deadline to remove all traces of the mobile swiping devices from their casino floors and from jewelry stores on casino premises. Chinese gamblers obtain cash via the devices, which record the transactions as purchases made on the mainland, thereby circumventing tough restrictions on taking cash out of China.

There’s as yet been no suggestion that the UnionPay crackdown will extend to jewelry stores and pawnshops located off casino premises. This could leave gamblers with the same options as before, only they’d have to walk a little further in order to access them. While it’s probably not a bad idea to stretch your legs now and then after a few grueling hours of immobility at the baccarat tables, we give it six months before every pawnshop in Macau has its own fleet of taxis shuttling gamblers back and forth.