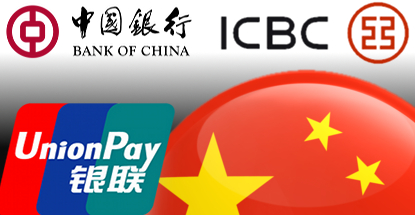 There appears to be little urgency in eliminating the use of UnionPay mobile swiping devices from Macau casino floors. Early in May, China felt the need to remind Macau that anyone using UnionPay devices off the mainland was doing so illegally. The devices had become ubiquitous in Macau for their ability to circumvent limits on how much money China’s citizens can legally take out of the country. Some budding entrepreneurs had set up a lucrative business allowing Macau gamblers to withdraw money while recording the transactions as goods purchases made on the mainland.

Depending on whom you ask, Macau casinos have either been given a hard July 1 deadline to curtail use of the mobile debit devices or the deadline was more fluid and hinged on how flagrant further abuses got. There are indications that the practice has become slightly more discreet. A journalist from Hong Kong’s Apple Daily recently reported being approached in a casino on Cotai by a man offering UnionPay withdrawals, but only via a mobile device he would bring to the reporter’s hotel room.

There are other signs that the controversy is only just beginning. Earlier this week, the South China Morning Post reported viewing documents that implicate Macau-based branches of the two biggest state-controlled banks – ICBC and Bank of China – in a racket that processed over RMB 40b (US $6.4b) in illegal cross-border transactions in 2013 alone. The SCMP’s sources fingered third-party processing firm 99Bill.com as the intermediary connecting Macau-based shops that allow casino gamblers to make fake purchases of luxury goods with the Macau bank accounts into which these funds are remitted.

The bad press will likely force Macau’s hand in clamping down on the practice to avoid causing Beijing further embarrassment. A political analyst told the SCMP that in addition to action in Macau, “there must be someone looking into how this is happening on the back end, too.” Macau casino stocks slipped on Tuesday, despite yet another $4b revenue month in May. Investors clearly believe Beijing’s other UnionPay shoe has yet to drop.