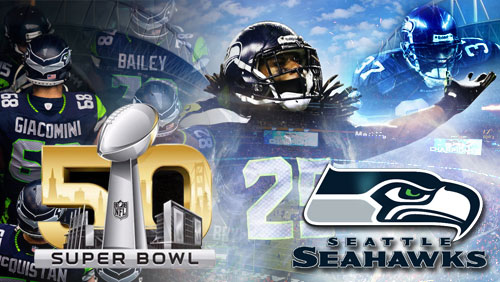 I don’t know if this is the perfect time to talk to Seattle Seahawks fans, but I did try to console a buddy of mine who watched the game with me at a packed sports bar.

“Hey, at least the Seahawks are the favorites next year,” I said. It did little to cheer him up. Actually, he might have become even more depressed, knowing that Seattle’s next shot at the Super Bowl, if it makes it that far again, would be a full year from now.

At that time, I didn’t even know if the Seahawks were favored to win in Super Bowl 50 (Quick tangent: God bless the NFL for finally doing something right! No more Roman numbers!). All I knew, and frankly, all I cared about was basking in the atmosphere of the room.

Pats fans were whooping it up like they were going to receive their own Super Bowl rings. Seahawks fans either sat stunned, heads bowed, hands  covering their faces. I overheard a couple in the other table talking about the Malcolm Butler’s incredible interception that sealed New England’s victory, asking themselves if what they just saw really happen?

Then there was my buddy, completely catatonic, unable to even comprehend the dramatic turn-of-events that swung Super Bowl XLIX at least three or four times in the final minute of the game.

“Hey, at least the Seahawks are the favorites next year.”

Turns out, they are.

William Hill became the first sports book to post odds on Super Bowl 50 and not surprisingly, both teams occupy the top two spots as the favorites to win next year’s Super Bowl. Seattle’s the short favorite at 5/1 with the New England Patriots– and the Green Bay Packers – sitting not far behind at 6/1 odds.

Move a spot down that list and you get the Dallas Cowboys at 10/1 odds, followed by the Indianapolis Colts and the Denver Broncos sharing 12/1 odds apiece. From there, the odds drop to 18/1 for the San Francisco 49ers, 20/1 for both the Philadelphia Eagles and the Pittsburgh Steelers, 22/1 for the Detroit Lions, and 25/1 for both the New Orleans Saints and the Cincinnati Bengals.

So the Seahawks are the favorites next year, which means that books remain confident on the chance that we see the team make it back to the Super Bowl.

That should at least ease the pain being felt by every Seahawks fan after such a dramatic loss. But with the way my buddy reacted, it might take a long time for the 12th man to get over this loss, long enough at least to make this futures spread irrelevant in the eyes of many.