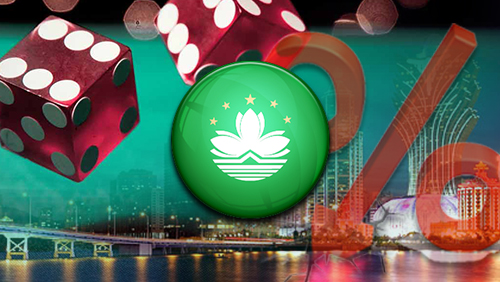 According to the data released by the city’s Gaming Inspection and Coordination Bureau (DICJ) on Monday, Macau casino revenue fell by 17.4% year-on-year in January to MOP23.75 billion (US$2.97 billion), following the 30.4% year-on-year decline in December.

The number of Macau-registered junket operators also dropped 16% in January to 183 compared to 217 in the same period last year.

Rating agency Standard & Poors said the sector will experience further drops in revenue in the short term, but the situation can be reversed if operators broaden their customer base to focus on China’s growing middle class and non-gaming holiday-makers.

“We still view the long-term growth drivers for the gaming sector in Macau as good. Demand should remain firm, thanks to China’s healthy economic growth and its growing middle-class, said Joe Poon, Standard & Poors’s analyst, in a report.

Meanwhile, casino services and property firm Macau Legend Development Ltd. announced that the company has received all the necessary permits from the Macau government to open its Harbourview Hotel.

The 444-room hotel does not have any gaming but the facility is connected to the firm’s Babylon Casino by a bridge. The company had previously announced that it had been granted 35 additional gaming tables which will be deployed at the Babylon Casino and  Pharaoh’s Palace Casino.