Home / Business / A Review of the Movie The Gambler 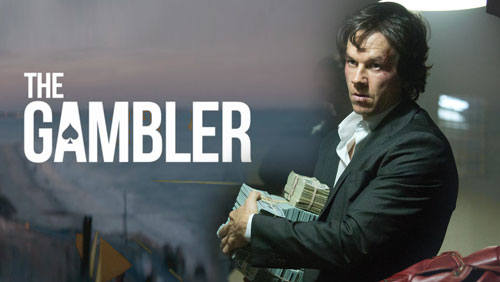 Lee Davy reviews the remake of the 1974 movie The Gambler, and gives you his verdict on the movie that believes the only way out is all-in.

It hasn’t been a very good week for me on the movie front. The Birdman didn’t really take off, and The Wild only taught me that if I ever wanted to hike the Pacific Crest Trail (PCT) then I would likely have my anus examined by a couple of crossbow holding rednecks.

So I was hoping The Gambler would restore my faith in cinema.

I’m a gambling addict and so this movie should have been a match made in heaven, but I didn’t really get it? It didn’t connect with me, so how would it connect with the millions of people who are capable of playing roulette without placing a night with their wife on red?

The protagonist is Jim Bennett, a Literature Teacher played by Mark Wahlberg, who has a compulsion to bet everything that he has either playing blackjack or roulette (yes poker peeps you will be sorely disappointed). He isn’t playing to win. If that were the case he wouldn’t be drawing a card when he has 18 face up in a game of blackjack. He did. He hit.

By the time the movie starts he is already $250k deep in debt to a Korean gangster. Then, for no apparent reason (it becomes apparent as the movie progresses), a man approaches him and offers to stake him $50k – he takes it. I say no apparent reason because we never see the guy winning anything, which confuses the reasoning why people would give him money in the first place.

So now he is $300k in debt to people who like to cut body parts off. Then the fun really begins. For most of us, finding $300k would be more difficult than hiking the PCT. Not for Bennett, who seems to have more rich relatives than David Beckham has bathrooms in his home.

I kept thinking to myself. If they keep giving him the money (which they do), and he keeps blowing it on gambling (which he does), then why doesn’t he just ask for more, pay his debts, and then blow the rest? Too simple? And why were they giving him money anyway? I understand the flesh and blood bond between Mother and Son, but long distance gangster uncle? I don’t get it?

He falls in love. I mean it wouldn’t be a movie if the guy didn’t fall in love, right? And the whole sorry mess then becomes a march towards the final conclusion. Will he pay his debts? Will he be cut into tiny little pieces? Will he ever win anything? Will he kiss the girl in the final scene?

I can’t answer those questions that wouldn’t be fair. But as I am not recommending that you should watch the movie then who the fuck cares? He does pay his debts, he doesn’t get cut into tiny little pieces, and I don’t think he got to kiss the girl in the final scene because he was probably too tired after his 10-mile Rocky run..

The only way out is all-in?

The only way out is not to waste your time watching.