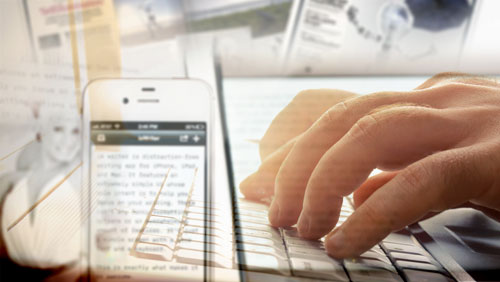 In this week’s confessions series, Lee Davy gives the readers an insight into how the universe sends him his writing ideas.

Where do you get your ideas from?

That’s a question I get asked a lot, although I never used to understand why? Ideas came naturally to me, so I didn’t understand why it could be a problem for people? I now understand that people who have this problem are stuck in a perpetual loop of mind-fucked inaction because of the way they think. The thought of generating ideas is difficult for them, and so by thinking that, it becomes their reality. So, my first piece of advice is stop thinking like that.

If you open your mind a little. If you can believe that your thoughts generate your reality, and use that to your advantage by asking for writing ideas to trip you up as you walk down the road – it will happen. Your problem will vanish.

Here is an example of how numerous ideas have come my way since last night. This is not a milestone blog post. It’s a snapshot in time, and I will repeat this process when I think it will be beneficial to readers.

One important note before I blab on any further. You can expand this way of thinking, and incorporate it into any area of your life. Shit man, you can make this way of being the core of your life. I know that I do.

I am having a conversation with myself about Facebook. It’s pissing me off. It used to be a forum where I could catch up on my friend’s lives. Now it’s a relentless reel of video content that momentarily gives me motion sickness.

I see boobs. They are in my face. It’s a video from Ebony Kenney. She is sat next to a swimming pool and her boobs are spilling out of her bikini. The headline catches my attention – not as much as the boobs – but enough to make me press play.

“Thinking About Sex at the Poker Table!”

I don’t think it’s a coincidence that the universe sent me in search of Ebony Kenney’s mammary glands. A few days ago I watched a documentary on Netflix about how mainstream media contributes to the under-representation of women in society. It’s called Miss Representation and you should check it out.

I believe in gender equality. I have a goal to do whatever I can to support women in this endeavor. I also get confused. There are a lot of mixed messages and Ebony’s video was one of them. It gave me an idea of an article. I wanted to express my opinion that this confusion is why a lot of men come across as sexist when they just don’t get it. I think it’s a very debatable subject matter and will drum up interest.

I am sleeping at my parent’s house. My sister comes home from work. “Have you seen the news? The Sun newspaper have decided to boycott the Page 3 model spread!”

I had seen the news. I thought it was great moved, and not before time. I am also going to include it in my above-mentioned article.

“I think it’s ridiculous.” Said my sister. “What on earth is wrong with women showing off their tits?”

I make a note on my phone to incorporate my sister’s view into my article.

That night I am playing poker with my friends. One of them shocks me by complaining that there are too many immigrants in our country. I am half-Chinese, there is an Iranian at the table, and a Scotsman 🙂 We debate it for a while. It was interesting to get the views of the Iranian.

“Immigrants do take the piss.” Says someone else.

“The British take the piss.” Says another person.

I make another note. Poker is a great place to have these debates, and listen to the point of view of people from so many backgrounds. It’s another great article.

During the night I make mistakes and make notes to write about them. I take note of my opponent’s mistakes as well. I can write about that too. I consider the structure of the group. Each individual has his own story. I want to tell that story. Five of us playing cards. I see five different articles.

On my way home I am reading BLUFF Europe magazine. There is an interesting article written by Jeff Kimber. It’s called ‘Running Bad’ although I am more curious about his nickname: Jaffacake. I wonder if he was given this title because he ate a lot of them, or whether his spunk is a little lifeless? It’s not everyday that I think about Kimber’s spunk. But that’s what my mind was filled with on the 12:34 train to Cardiff this morning – Jeff’s jizzle.

Kimber needs to continually find interesting things to write about for his column. I used to write for BLUFF. I don’t anymore. Jeff does. I take that as a sign that Jeff understands the principles of this article thing better than I did when I worked for BLUFF.

In this article he had sent a tweet to 10 of his closest friends and asked them: “Apart from being less grumpy when losing, give me a pearl of wisdom to play better.”

I wonder? Stop it Lee. Think about something else; anything else!

I put the magazine down and leaf through the newspaper that lies in the chair next to me. I have to be honest, I am just looking at the pictures. I notice an article about Shane Warne. Apparently, he has been using Tinder to indulge in some fornication and one of his conquests as bleated to the press. I can use that. It’s sensationalism. It will attract people to the site and perhaps they will read some more of my stuff while they are there. I rip is out and put it into my wallet next to the £145 I won last night.

I turn on my Kindle. I am reading Essentialism by Greg McKeown. As I read his advice I start to see parallels with poker. I start making notes to write articles on the importance of posture, breathing, taking your time and the bias of owning something.

I get off the train and walk home. I buy myself some vegan food and a healthy smoothie. As I walk down the street I feel myself judging the kids as they pass me with their sugar laden Starbucks shit. They are completely oblivious to the fact that they are sucking sugary ever-lasting silence into their stomach. It reminds me of the diet cola, and Red Bull brigade that I see at the poker table. I stop, take a sip of my drink, take out my iPhone and make another note.

I get home and turn on my laptop.

“What am I going to write about?” I think.

It’s time for my weekly column. My confessions series – what could I write about that could provide some value for someone who wants to write about poker for a living?

Then I write this.