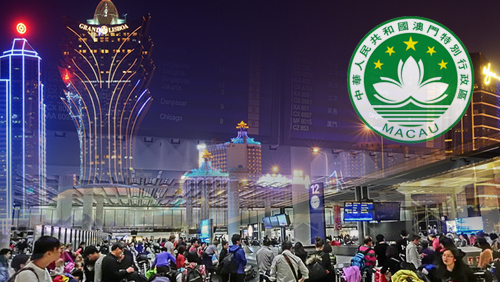 The Macau Government Tourist Office reported that the city received 31.5 million visitors in 2014, a 7.5% increase over 2013.

Mainland visitors rose 8.5% to 28 million. Hong Kong and Taiwan remained the second and third biggest source markets for the city, although the total number of visitors from both jurisdictions registered year-on-year drops of 5% and 4.7%, amounting to 6.43 million and 953,000, respectively, whereas International visitor numbers dropped by 1.1%.

During an annual press conference yesterday, Director of the Macau Government Tourist Office (MGTO), Helena de Senna Fernandes, projected 5% growth in the number of visitors travelling to Macau during the Chinese New Year period this year, with around 1 million people expected to visit Macau in the first week of CNY.

“[MGTO] estimates that the number of visitors in the CNY period will have a mild growth compared to last year, with about 800,000 mainland visitors travelling to Macau [during that period].”

Macau casino revenue fell 2.6% to 351 billion patacas ($44 billion) in 2014. Analysts estimates that Macau gaming revenue for the whole of 2015 is likely to fall between 4% and 8% year-on-year. If the prediction of year-on-year decline comes to pass, it would continue a trend seen last year of rising visitor numbers but falling gaming revenue.

“The gambling business went down in the second half of last year, but tourist numbers continued to increase,” said Fernandes. “The growing momentum of mainland tourists was especially strong. We are thrilled to know tourists don’t necessarily come here to gamble.”

MGTO director also remarked that the government will start working on the tourism this year by conducting a large scale study on the city’s tourism, costing up to 20 million patacas.

The study titled “Macau Tourism Industry Development Master Plan” will be a “scientific” blueprint for the medium and long-term tourism plans for the Special Administrative Region.

Casino companies including Sands China, which is set to complete the Parisian Macao; Galaxy, starting’s second phase expansion of its resort on the Cotai Strip; and Melco Crown’s Hollywood-inspired Studio city have shifted resources from high rollers to lure more Chinese tourists and other mass-market gamblers by building malls, theaters, restaurants and hotels.