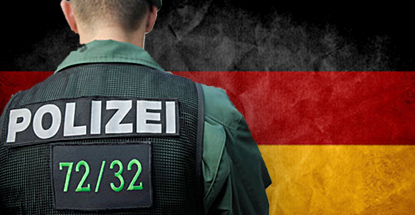 A Munich court has convicted a gambler for playing blackjack with an unauthorized online gambling site. The 25-year-old painter and decorator was charged under section 285 of Germany’s Criminal Code, which prohibits “participation in unlawful gaming.” The verdict, which was reached on September 26 but only published last Friday, marks the first instance in which a German player has been successfully prosecuted for such an offense.

The unnamed player’s interactions with an unspecified Gibraltar-based online gambling site date back to 2011. His blackjack play netted him over €200k in winnings, which he withdrew in amounts of €11,500, €16,500, €73,500 and two withdrawals of €50k apiece, all of which went into his personal bank account in Germany.

The sums attracted the attention of German law enforcement, who raided the player’s home, finding €73,490 in cash inside a Tommy Hilfiger shoebox. The player insisted that €10k of this loot was his mother’s so the District Court of Munich ordered that he forfeit the remaining €63,490 and pay an additional fine of €2,100 (70 daily fines of €30).

Section 285 states that “whosoever participates in a public game of chance (Section 284) shall be liable to imprisonment not exceeding six months or a fine not exceeding 180 daily units.” Section 284 defines unlawful gaming organizers as anyone who “without the permission of a public authority publicly organizes or operates a game of chance or makes equipment for it available.” Violators of Section 284 who do so “on a commercial basis” are liable for prison terms of up to five years. The online casino in this case declined to cooperate with prosecutors.

This case was notable for the hefty amounts being withdrawn but it nonetheless sets a worrying precedent for all German gamblers who seek out online gambling options. Germany currently does not permit online casino or poker play and the online sports betting situation remains in limbo while the court challenges of the new online betting licenses are a long way from being resolved.

Online gambling operators have long been viewed harshly by European law enforcement agencies but the targeting of players is becoming increasingly popular on the continent. Poland recently announced plans to prosecute players who patronize online sites not holding Polish licenses.