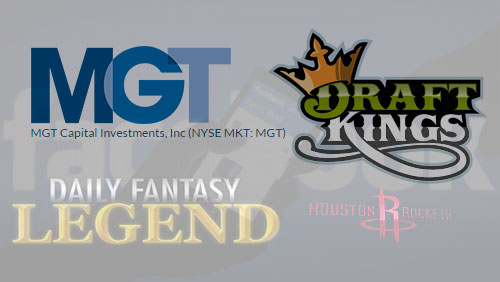 Social and real money gaming operator MGT Capital Investments is bolstering its social gaming portfolio with the launch of Daily Fantasy Legend, a Facebook-based fantasy sports game that seeks to replicate the success MGT has had with DraftDay.com, considered the 3rd largest daily fantasy sports wagering platform and transform it to a social platform. This move allows MGT to widen its fantasy sports audience by including those under the age of 18 who can now play on a social site, something it wouldn’t have been able to do on a real money fantasy sports site.

As it stands, MGT is offering Daily Fantasy Legend as a free-to-play game that is available to anyone aged 13 and above who has a Facebook account.

“We are already the clear #3 in the space with our cash gaming offering, DraftDay.com, and have twice the variety of contest types as our competition,” MGT CEO Robert Ladd said in a statement. “Merging this expert technology platform with the social power of Facebook opens new doors for potential partners and sponsorships, as well as allowing new players to experience our great technology and have some real fun.”

Similar to its deal with the bottom-dwelling Sixers, DraftKings’ partnership with the Rockets allows it to get branding exposure inside the Toyota Centre in Houston, the team’s home court. As such, DraftKings’ logos will appear on the bench areas and courtside signage at the arena. Likewise, the operator will also be afforded the chance to launch daily fantasy contests and promote the site on the team’s official website.

“The Rockets are thrilled to be one of the major cornerstone franchises aligning with DraftKings,” Houston Rockets VP of Corporate Development John Croley said in a statement. “We consider DraftKings to be an industry leader and are excited to partner with them as they provide fans one more way to interact and engage with the Houston Rockets through daily fantasy sports.”

In addition to its partnership with the Rockets and the Sixers, DraftKings has also tied up with other professional sports teams from other pro leagues, including the NFL’s New England Patriots and Denver Broncos and the National Hockey League.