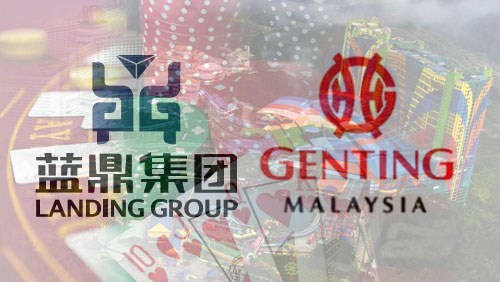 Chinese real estate developer Landing International Development Ltd. announced in a filing to the Hong Kong Stock Exchange that it is currently in negotiations to acquire a casino license in an unspecified jurisdiction.

According to the Landing statement, the acquisition of the casino license is still subject to a lot of negotiations and that the transaction “may or may not proceed.”

While real estate remains the company’s bread-and-butter business, it has been aggressively trying to plant its feet in the casino industry. Last month, Landing International signed a 50-50 partnership deal with Genting Hong Kong Ltd. to operate a casino inside the Hyatt Regency Jeju in Jeju Island, South Korea. Genting Singapore also announced that its joint casino project with Landing International, also in Jeju Island, hoped to have its ground-breaking in the second quarter of 2015.

Speaking of Genting, the Malaysia-based casino giant announced its plans of dropping 5 billion ringgit (close to $1.5 billion) as part of a massive makeover that the company hopes could jumpstart its goal of attracting 30 million visitors a year by 2020. Genting attracted 20 million visitors in 2013, adding the extra 10 million in the next five years is attainable if its planned expansion pushes through.

A big part of Genting Malaysia’s expansion plan is the development of the Twentieth Century Fox World theme park, which will feature attractions from movie franchises like “Ice Age” and “Alien vs Predator” along with up to 25 rides. Genting also plans to add more hotel rooms to the 9,000 that are currently available in the resort and casino. A 45,000-sq.-meter space is also expected to be developed to house retail outlets and shopping malls, including open-air decks that have spectacular views of the Twentieth Century Fox World theme park and other surroundings.