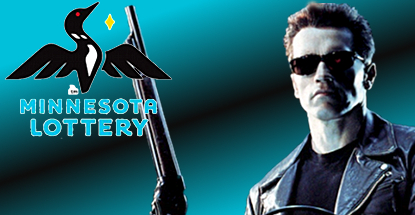 The Minnesota Lottery’s pioneering online scratch tickets narrowly escaped the legislative axe this year but they may not be so lucky in 2015. The state’s online scratchers debuted in February and instantly attracted a hailstorm of criticism for too closely mimicking online slots. State legislators accused Lottery director Ed Van Petten of overstepping his mandate and passed a bill to repeal the scratchers, only to have Gov. Mark Dayton veto the bill after the legislative session concluded, leaving no chance for an override vote.

Dayton expects elected officials to attempt to override his veto when they reconvene in 2015 and believes they have the numbers to do it. House Commerce Committee chairman Joe Hoppe agreed, telling the Associated Press that killing off the scratchers has “pretty strong bipartisan support.” Van Petten has justified the new product as a way to lower the median age of the Lottery’s customer base and Dayton says Van Petten “deserves the chance to make his case.”

One could argue that Van Petten’s case has already been made, in that the scratchers have been operational for nearly a year without local news outlets doing exposés about minors abusing the system or families scratching away their mortgage payments. But the legislators’ scratcher animus was never based on facts, only fear of the unfamiliar, so what chance does logic stand?

PHILADELPHIA VA WORKERS SHOULD SUE FOR ENTRAPMENT
State governments don’t have a monopoly on dumb lottery policies. Workers at the Philadelphia office of the Department of Veteran Affairs have been told not to play the new lottery machine in the employee cafeteria because doing so would violate federal regulations. Employees were puzzled when the new machine was installed, prompting VA management to issue an email reminding staff of the stated policy against gambling on federal property.

The email, a copy of which was obtained by TheBlaze.com, says the installation of the machine “in no way negates our internal policy” against gambling. In other words, federal employees gambling on federal property is illegal so don’t use the new gambling device we’ve just installed in the place you eat lunch five days a week. This type of counterintuitive planning may well offer clues as to why the VA is years behind clearing its backlog of cases.

GREECE PROPOSES VAT LOTTERY
Over in Greece, the cash-strapped government believes it has found a way to encourage its notoriously tax-averse citizenry to pay their value added tax: a VAT lottery. The idea was included in a document Greece sent to its EU and IMF creditors this week, detailing proposals the government is considering to ensure it has enough dough to pay its bailout obligations.

Many Greek shoppers currently negotiate product purchases off the books, thereby sparing both customers and merchants the pain of paying the government’s 23% VAT charge. The VAT lottery would require players to send a text message containing a unique code on their VAT receipt. The idea is not new, having been implemented in Malta, Slovakia and Portugal, where the Lucky Invoice draws offer a chance to win Audi A4 sedans with every €10 spent using their taxpayer identification number.

Documents viewed by Reuters indicate the Greek government believes the new lottery could help raise €500m via the extra tax collected though sales of goods needed to obtain VAT receipts. Gotta say, though… We bet the money saved from 23% discounts on merchandise could buy a lot of non-VAT lottery tickets.