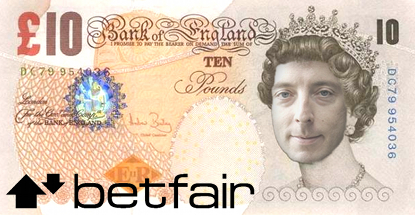 Betfair said H1 was boosted by a strong performance during the 2014 FIFA World Cup and generally favorable sports results. Excluding those factors, revenue would still have risen, albeit by a more modest 12%.

Despite the dire performance of its New Jersey online poker site, which Betfair officially shut down this week, Betfair US revenue rose 17% thanks to its TVG racing division launching a new iOS betting app, the first such app approved for the Apple platform.

Betfair generated 80% of its H1 revenue from ‘sustainable’ markets (UK, Ireland, USA, Bulgaria, Denmark, Italy, Malta and Spain), up 32% year-on-year. The company has high hopes for the future after boosting its active customer ranks by 50% to over 1m. Betfair CEO Breon Corcoran (pictured) credited the company’s Cash Out, Cash Back Extra and Price Rush incentives for the improvements in customer acquisition and retention.

Looking forward, Corcoran said the company hoped to ink some new B2B partnerships similar to the deal it struck with Australian casino operator Crown Resorts. Betfair and Crown had been 50/50 partners in Betfair Australasia, but Betfair sold its stake to Crown in August, reducing its role to technology supplier. Betfair hopes to use that model as a template for striking deals in smaller markets the company might not otherwise consider entering.

Corcoran said Betfair remained “flexible” regarding potential acquisitions although he cautioned that the company had yet to identify a firm target. Corcoran insisted the £200m capital return to shareholders wouldn’t affect its ability to pull the trigger should a juicy acquisition target present itself.